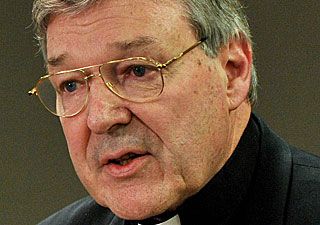 Cardinal George Pell has been released from prison after his conviction for child sex abuse was quashed by the High Court in Australia.

The Cardinal, who is 78 years of age, left the prison near Melbourne after the court made its ruling overturning five counts of sexually abusing two 13-year-old choirboys over two decades ago.

In a statement dated 7 April 2020, the High Court of Australia stated that “the jury, acting rationally on the whole of evidence, ought to have entertained a doubt as to the applicant’s guilt with respect of each of the offences for which he was convicted” and ordered that the verdicts be quashed and the verdicts of acquittal be entered in their place.

“I have consistently maintained my innocence while suffering from a serious injustice. This has been remedied today with the High Court’s unanimous decision,” Cardinal Pell said in a statement.

He said that his trial was not a referendum on the Catholic Church nor a referendum on how Church authorities in Australia dealt with the crime of paedophilia in the Church, but was about whether he had committed these awful crimes, and he had not.

He thanked everyone for prayers and support, and thanked those who spoke up for him and suffered as a result, and his legal team “for their unwavering resolve to see justice prevail, to throw light on manufactured obscurity and to reveal the truth”.

It has been reported that the cardinal has gone on retreat since his release, and some media reports suggest that he may have to go into isolation for two weeks as per regulations to protect against COVID-19.

In a statement the Holy See said it “has always expressed confidence in the Australian judicial authority”, and that it “welcomes the High Court’s unanimous decision concerning Cardinal George Pell, acquitting him of the accusations of abuse of minors and overturning his sentence.”

The statement went on to say that “entrusting his case to the court’s justice, Cardinal Pell has always maintained his innocence, and has waited for the truth to be ascertained.”

The Holy See concluded that it reaffirms its commitment to preventing and pursuing all cases of abuse against minors.

Archbishop Mark Coleridge, President of the Australian Catholic Bishops Conference, said in a statement: “Today’s outcome will be welcomed by many, including those who have believed in the Cardinal’s innocence throughout this lengthy process.”

He said that the bishops recognise that the High Court’s decision will be “devastating” for others. “Many have suffered greatly through the process,” he said. He added that the court decision does not change the Church’s “unwavering commitment” to child safety and to a “just and compassionate response” to survivors and the victims of child sexual abuse.

“The safety of children remains supremely important not only for the bishops, but for the entire Catholic community,” he stated. He stated that anyone with allegations of sexual abuse by church personnel should go to the police.

Cardinal Pell spent more than 400 days in jail after he was convicted in 2018 by a County Court jury of sexually abusing two choirboys at St Patrick’s Cathedral in 1996 and 1997, soon after he became Archbishop of Melbourne.

One of the boys gave evidence against the Cardinal; however, the other boy died in 2014, without speaking about any abuse. A first trial failed to reach a verdict. In the second trial the jury found Cardinal Pell guilty of five counts of sexual abuse, but he always maintained his innocence.

Last year the Court of Appeal in Victoria, with a majority of 2-1, dismissed an appeal by Cardinal Pell.

This week the High Court judges ruled 7-0 that there should have been “reasonable doubt” about Cardinal Pell’s guilt and the conviction was quashed.