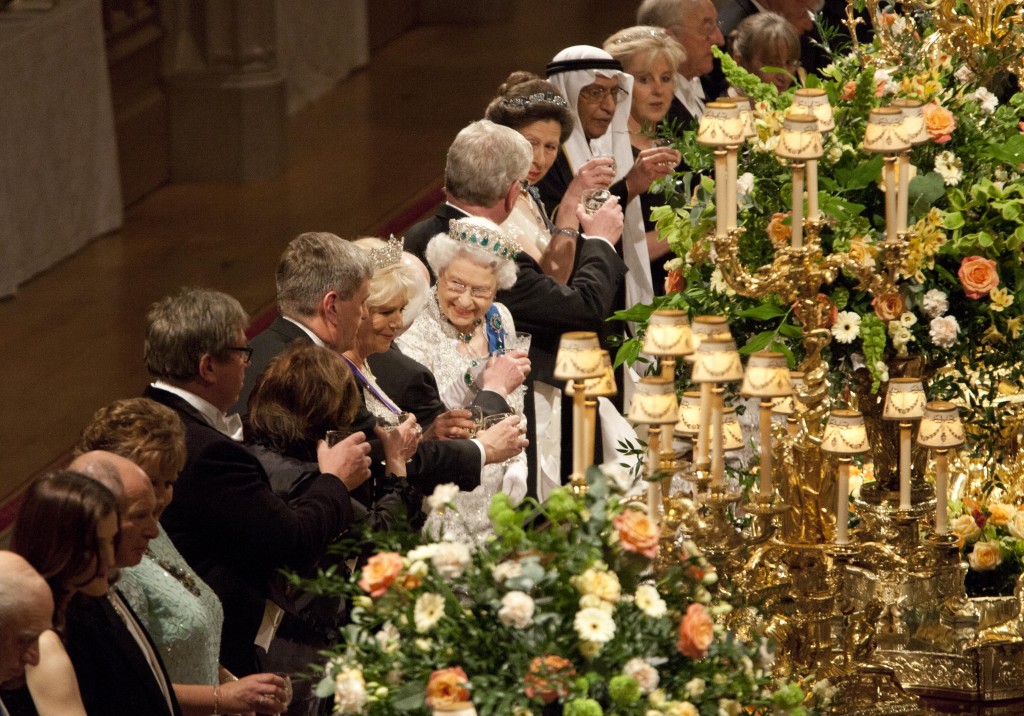 President of Ireland Michael D Higgins at the State Banquet hosted by her Majesty Queen Elizabeth II and The Duke of Edinburgh in St George’s Hall, Windsor Castle on the first official day of the Presidents 5 day State Visit to the United Kingdom. Photo Chris Bellew / Copyright Fennell Photography 2014

The Primate of All Ireland, Cardinal Sean Brady, has congratulated President Michael D Higgins and Mrs Higgins on the successful State visit to the United Kingdom.

In a statement, the leader of the Church on the island of Ireland said he “warmly” welcomed the “very successful” state visit.

“The enthusiasm and the goodwill which are so evident and gratifying, reflects the maturity, respect and mutual understanding which now characterise the relationship between our two islands,” he said.

The Cardinal made particular reference to the Irish in Britain, saying he rejoiced “wholeheartedly in the joy and happiness which the new situation has brought, especially to Irish people living in Britain.”

“I am immensely grateful to all those who have worked strenuously and constantly and taken risks to bring about that change.”

However, Cardinal Brady sounded a note of caution, warning that the “great fear now is that too many people will conclude that the Irish peace process is now done and dusted – and say, ‘let us move on’.”

He said he hoped that the two governments would remain focused on the outstanding problems and continue to apply the same energy and determination to their resolution as heretofore.

“The historic events taking place in London are also the result of a long process of respectful dialogue and patience – I hope they bear the fruits of greater respect on all sides.”

Cardinal Brady said he hoped that these positive relations would continue to deepen and improve and serve to promote a fuller healthy normalisation of conditions in Northern Ireland.

He invited the faithful on the two islands to join with him in prayer for the “strengthening of the bonds of friendship between our peoples.”

On Thursday evening, in his address at the Ceiliúradh in the Royal Albert Hall in London, President Higgins expressed his appreciation to his hosts – Her Majesty, Queen Elizabeth and His Royal Highness, the Duke of Edinburgh – for the “gracious welcome and warm hospitality they have extended to us and to our delegation.”

The President said the “evident grace and warmth with which they prepared for, and arranged, my State Visit is reflective of the true and deep friendship that now exists between Ireland and the United Kingdom.”

He said the celebration in the Royal Albert Hall was, above all, for the thousands of Irish people who have made Britain their home or whose parents or grandparents did, as well as the friends, neighbours, relatives and in-laws, they have brought along.

“I thank you most sincerely for the fidelity you have shown to Ireland over many years; for the contribution you have made to the development of Britain; and for your part in the consolidation of an enduring friendship between our two countries,” the President said.

He added, “You remain a cherished member of the Irish family.  I thank all of you who have travelled to be here, be your journeys long or short.”

“On a night like this, it is great to be Irish. And it is even better to share it in the company of our friends in Britain.”

In his address in the Guildhall in London on Wednesday, President Higgins said the connections between the two countries were complex and have been influenced by factors of history and economics.

He recalled that during the 1950s, around half a million Irish men and women made the journey across the Irish Sea.

“These immigrants made such an important contribution to the reconstruction of Britain after the war – building new roads, working in factories and hospitals, tilling fields. Their children and grandchildren now populate all sectors of British life – proud to be British, and equally proud of the Irishness of their roots.”

“Even in our globalised and mobile world, such level of interconnectedness is rare in its depth and the richness of what is shared,” the President said.

He noted that there are numerous areas in which even closer cooperation between the United Kingdom and Ireland can yield mutually beneficial fruit, including construction, the financial services, research and development, tourism, and, most of all perhaps, the creative industries, the agri-food industry, and the energy sector.

He also welcomed the Lord Mayor’s announcement of the establishment of the City of London Corporation’s scholarship in Anglo-Irish Literature. “This scholarship will add one more thread to the canvas of our common endeavours,” he said.

“The close, multi-stranded working relationship which we have built together is a great resource, one of immense value to our shared future.”

“As Seamus Heaney reminded us last year, not long before his passing: ‘we are not simply a credit rating or an economy but a history and a culture, a human population rather than a statistical phenomenon.’”