Home > News > Cardinal Brady due before HIA over Brendan Smyth

Cardinal Brady due before HIA over Brendan Smyth 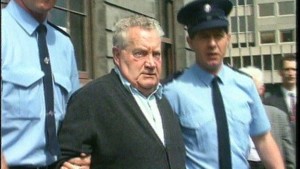 The retired Primate of All Ireland, Cardinal Seán Brady, will give evidence today to Northern Ireland’s Historical Abuse Inquiry over his role in a 1975 secret church tribunal into allegations of child sexual abuse by Fr Brendan Smyth.

The then Fr John Brady acted as a notary at the canonical inquiry which was set up by Bishop Francis McKiernan and required the young abuse victims to take on oath of secrecy over their testimonies.

The Historical Institutional Abuse Inquiry (HIA) is investigating the notorious Norbertine priest’s crimes as a number of former residents of institutions under its remit made allegations concerning Smyth.

The HIA is examining what systemic failings allowed Smyth to continue to abuse children from the 1960s up to the 1990s.

This week it emerged that concerns over Smyth’s behaviour were raised in the 1940s and a member of the Norbertines who advised against ordaining him was overruled.

Fr William Fitzgerald gave evidence on Wednesday. He said Smyth should never have been ordained.

“I accept that Brendan Smyth was not a fit person to have access to children at any time or under any circumstance,” he added.

“I am ashamed by the failure as a community to hear these warnings and act accordingly. The shame of our failings is immense.”

It also emerged that that Fr Kevin Smith, the former abbot of the Norbertine Order at Kilnacrott Abbey in Co Cavan, told the RUC in 1997 that he only became aware of Fr Smyth’s sexual abuse of children in 1989.

The inquiry also heard that Fr Tom McKiernan reported Smyth to the Bishop of Kilmore when he learned that he had raped a 14-year-old girl in 1973 at a Dublin hotel. However, the child’s recently widowed mother declined to report the crime to the Gardaí.

Evidence made available for the first time at the HIA hearings on Wednesday has shown that a psychiatrist at St Patrick’s Psychiatric Hospital in Dublin wrote to a member of the Gardaí in Finglas about concerns around Smyth’s abusive behaviour as early as 1973.

Smyth had been conducting a retreat in Finglas that year and had come to the Gardaí’s attention.

In a letter dated 1 November 1973 the psychiatrist wrote, “I have been asked to write to you by Fr Brendan Smyth. He has been a patient under my care for some months and I am familiar with the nature of his problems.

“I am writing to his superiors suggesting that he should have a period of in-patient care in St Patrick’s Hospital or in St Edmonds Bury.”

A case summary dated February 1974 stated, “Psychosexual difficulties for many years. First developed in the Novitiate. A recurring problem no matter where he has been stationed. His paedophilia has brought him into contact with the police.”

This shows that as early as 1973/4, Smyth had been diagnosed as a paedophile.

Smyth, who was from west Belfast but as a member of the Norbertines was based at Kilnacrott Abbey in Co Cavan, was convicted of sexually assaulting more than 40 children in Northern Ireland in 1994.

But he told a doctor that the number of his victims could have run into hundreds.