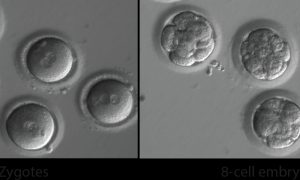 Intervention on a human embryo is only permissible when the baby is in his or her mother’s womb and it is for the sake of his or her own health, said Bishop Kevin Doran, Chairman of the Irish bishops’ consultative group on bioethics.

Speaking on RTÉ radio yesterday, the Bishop of Elphin praised the work of biomedical research. “All of us who use antibiotics, vaccines and new technology have reason to be grateful to those who carry out research and those who participate in trials in hope that they can contribute to the health of humanity.”

But, he continued “biomedical research can only truly serve humanity if it respects the dignity of each human person who is involved in the research and in this case we have to respect the embryos.”

The Bishop was commenting on a scientific breakthrough announced on Wednesday (2 August) in the journal Nature, whereby scientists for the first time successfully edited genes in human embryos to repair a common and serious disease-causing mutation, producing apparently healthy embryos.

While the discovery is a long way from clinical use, it raises the prospect of using gene editing on fertilised embryos to protect babies from a variety of inherited conditions, such as heart disease.

“This is obviously a very worthwhile project in itself, to try to prevent heart disease, but nobody who is currently alive is going to be helped by it. In the meantime real, individual human beings, these embryos we’re talking about, are being produced in the laboratory for the sole purpose of being used for the research,” said Bishop Doran.

He pointed out that the embryos were being produced using sperm from men with, for example, heart conditions, so the embryos would have a “higher than average risk of heart disease” and “after the gene modification research has been completed they [the embryos] are destroyed.

“So in other words, we’re talking about a whole category or group of human individuals whose lives are being used purely and simply for research.”

While adult human beings who volunteered to take part in trials for research could weigh up the prospects of risk versus benefit to humanity, embryos could not. “There is always the principal that human beings that are vulnerable and unable to consent should not be exposed to research which involves significant risk to themselves,” he added. 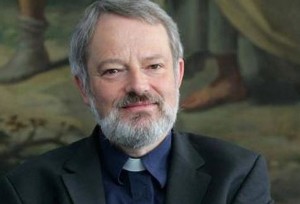 Asked about what should be done about the thousands of embryos that have been frozen in IVF procedures or for research, Bishop Doran referred to Pope Francis who spoke of the “terrible injustice” of embryos being produced and just put in storage.

“Arguably the most respectful thing to do in relation to a human being in that situation is to allow it to die naturally, but to make use of it as a means to an end and then just dump it is not consistent with the dignity of a person,” the Bishop said.

He added that implanting surplus embryos and having them adopted afterwards also raised ethical concerns in relation to the balance between on the one hand “respect for the life of the embryo and on the other hand the respect for the whole relationship of parents with their children. This is a matter that can’t be resolved without pastoral conversations with the people who in the first instance gave life to those embryos.”

Challenged by Sean O’Rourke that the Church’s stance could be seen as heartless and uncaring, Bishop Doran reiterated that a human being cannot be a “means to an end”.

He said that “A human embryo is an individual human being who is an end in himself or herself and has to be respected as that. I would fully support the progress of biomedical research but what I’d be saying is that researchers have to look for ways of doing their research which respects the life and dignity of every person. It is not easy by any means.

“The bottom line is that you can’t destroy one human being in the hope of saving another.”