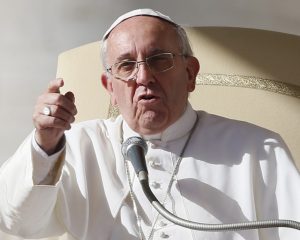 Twenty seven candidates have taken a step closer to sainthood‎. Pope Francis has authorised 12 decrees on miracles, martyrdom, and heroic virtues of 22 men and 5 ‎women. ‎

Pope Francis authorised Cardinal Angelo Amato, the Prefect of the Congregation for the Causes of Saints to promulgate the case of Fr Patrick Peyton the well known “Rosary Priest” as well as 16 martyrs killed for their faith during the 1936-1939 Spanish Civil War, for beatification.

The Servant of God Fr Patrick Peyton of the Congregation of Holy Cross (CSC), was born in Ireland, and founded the “Family Rosary Crusade.” (see catholicireland.net 21December 2017).

Among those recognised for heroic virtues is the Servant of God, Cardinal Stefan Wyszyński, the former primate of Poland. The cardinal who was Bishop of Lublin and later Archbishop of Warsaw and Gniezno, died on 28 May, 1981, in Warsaw. He is remembered for his struggle against the Communist state over freedom and the basic rights of the Church. He was considered a mentor to the man who was to become Pope John Paul II. 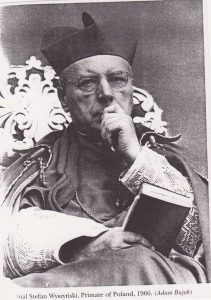 In 1939 he was present in Poland when the Nazi and Soviet forces invaded. His bishop ordered him to leave and he escaped the fate of 1,811 Polish priests, including his own bishop, who perished in German concentration camps.

He was put in Rywald prison in 1953 during a period of Stalinist oppression, and later placed under house arrest before release in 1956. This and other aspects of his life were depicted in a film released in 2000 titled, “The Primate – Three Years Out of a Thousand”.

There are 12 decrees, and 3 miracles through the intercession of 2 priests and a nun among those who have been cleared for Beatification. They are French priest Fr. Giovanni Battista Fouque, who died on 5 December, 1926; Spanish Jesuit Father Tiburzio Arnáiz Muñoz, who died on 18 July, 1926; and Venezuelan Sister Maria Carmen Rendiles Martínez, foundress of the Institute of the Servants of Jesus of Venezuela, who died on 9 May, 1977.

Pope Francis also authorised a decree on the martyrdom of the Servants of God, Father Dio Teodoro Illera Del Olmo of the Congregation of St. Peter in Chains and his 15 companions, who were killed for their faith during the 1936-1939 Spanish Civil War. All 16 martyrs will be beatified.

Pope Francis and the previous two Popes have beatified a number of martyrs of the Spanish Civil War. During that war, just under 7,000 bishops, diocesan priests and seminarians, monks, friars and nuns were killed.