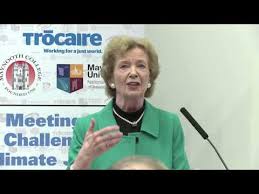 Mary Robinson has warned that Ethiopia needs urgent help because of drought which has caused food shortages for 10 million people.

The world needs to pay more attention to the crisis, she said.

The former president of Ireland, in her capacity as UN special envoy for El Niño and climate change, is visiting Ethiopia.

“Not only is it severe here in Ethopia and it needs more support but it is also affecting southern Africa very badly, it’s affecting parts of Central America like Honduras, it is affecting Asia like Vietnam,” Mrs Robinson said.

She added that those involved can learn a lot about how to cope with the issues, knowing El Niño will return within seven years and will “probably be worse” next time.

She expressed the hope that, “we can really mature and try to bring together all the partnership support for the countries affected including Ethiopia and that they would be in the lead in early warning and trigger that co-ordinated response.”

“Then I think it will be less impactful on the countries that are affected by El Niño.”

Mary Robinson is visiting Trócaire, Concern Worldwide and GOAL in Ethiopia. These aid agencies have issued urgent appeals for funding to help save people from starving to death.

Trócaire is supporting food aid and cash transfers, food for children in schools and emergency water and sanitation.The agency stated that the drought has left millions of people in urgent need of emergency aid across Ethiopia, Zimbabwe and Malawi. 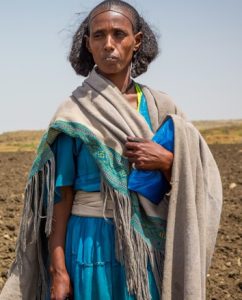 Herit Abraha (pictured) in Arato, Tigray, northern Ethiopia said, “We are hoping, we are praying that that the rains will come.”

This year it rained only twice and nothing has grown, so like so many other Ethiopians, she and her family have no food.

She has received cash to buy food now and Trócaire will also provide seeds and when the rains eventually come, she will grow barley.

Concern in its brief on Ethiopia explained that this is reported as the worst drought in the country in over 50 years.

It comes three decades after the food crisis that devastated Ethiopia in 1984.

There is a danger that the gains the country has made in education, health and food security, may be lost.

In 2014, GDP growth was up by 10.3% and life expectancy has been rising year on year. However, the current El Niño-driven drought and the crippling effects of climate change have put this progress at risk.

Speaking from the capital Addis Ababa, Concern CEO Dominic MacSorley said that there was an urgent need for action.

“If we wait to see the images that haunted us thirty years ago before we intervene, we will have failed the people of Ethiopia. This is a country which has worked hard to develop its economy and strengthen how it copes with chronic climate challenges. The government is leading and driving this response – but the scale of this crisis is beyond the abilities of any one nation,” he said.

Ethiopia has issued a drought appeal for US$1.4 billion, pledging more than US$270 million itself, however the appeal remains only half-funded. Concern stated that at this rate, the funding available for food aid will run out in the next four months.

El Niño is a warming of the central/eastern tropical Pacific that happens every two to seven years. It causes sea surface temperatures across the Pacific can increase by 1–3°F for months and up to two years. 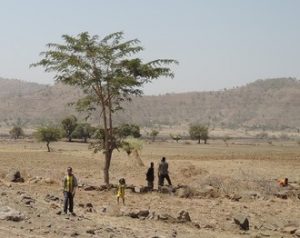 It is thought that the impact El Niño around the world is becoming more extreme.

So there is drought in Ethiopia and elsewhere but there it’s also exceptionally high rainfall causing flooding in Somalia, Malawi, and Mozambique.

“The numbers are stark and the scale of the crisis is difficult to comprehend,” stated Concern.

It is in 29 districts in Ethiopia. Emergency nutrition programmes help treat malnourished children.

The charity is promoting hygiene practices and low cost water harvesting techniques. It is distributing seeds to families whose initial plantings have failed due to drought, so that they can try again ahead of the rains which are due in July.