Calls for review of policy to tackle homeless crisis 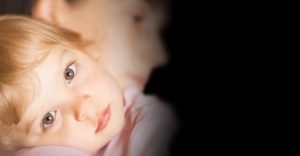 There are more than 1000 children homeless outside of Dublin. They are among a total of 3675 children in 1686 families seeking somewhere to call home.

Focus Ireland stated that its own figures show that in Dublin one child became homeless every four hours in June.

“Policies such as rapid rehousing, Homeless HAP, linkages to local communities and the availability of child support workers have all worked well in Dublin. Reviewing these policies and applying them outside Dublin will not only help hundreds of families, it will avoid wasteful use of resources,” said Mike Allen, Director of Advocacy, Focus Ireland.

The charity which helps people who are homeless called on the government to urgently review its policies to tackle the homelessness crisis as new figures for June 2019 were published. They revealed that a total of 10,172 people were officially homeless in June, a drop of 81 people from the total of 10,253 people who were officially homeless in May this year.

Focus Ireland said that any monthly drop in the numbers is good news, as it means fewer families, children and individuals are suffering the trauma of being homeless. However, the charity stated that the overall trend is up and there has been a 28 per cent increase in those homeless in the last two years from 7941 in June 2017 to 10,172 last month.

“We must always remember that although homelessness is a problem that can be solved it is wrecking lives and damaging over 10,000 people nationwide,” said Mike Allen. “There is real danger that human stories get lost behind the numbers – especially during the summer months when the politicians are on holidays and people are enjoying the good weather. However, there is no holiday or break from the almost constant stress for the over 10,000 people who are homeless.” 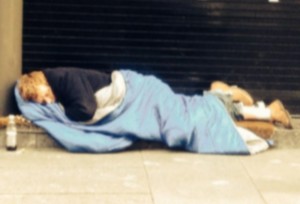 Inner City Helping Homeless spokesperson Brian McLoughlin also stated that some people who are homeless are not included in the official figures.

His organisation’s teams help an average of 150 people per night he said, and added: “We held our official summer count last week and that showed a 64 per cent increase from our January count.”

He said there are a lot more tents popping up around Dublin city and all over Ireland. “We do have a rough sleeper epidemic,” he said. “A lot of those people wouldn’t be counted in any of those figures.”

Focus Ireland stated that while the “Rebuilding Ireland” strategy to combat homelessness has had many positive features and much good work had been done over the last three years, it is now time to take stock of what is working and what needs to be done differently.

“A review should look at both the successes and the things that need to change. Focus Ireland firmly believes that this balanced approach would allow the government to take the decisions it has shied away from for several years. This includes actively building social housing, taxing those who hoard building land and better protecting the rights of tenants facing eviction,” said Mike Allen.

He urged the government to set a “cast-iron deadline” that no family or individuals should be homeless for longer than six months and to put a specific family homelessness strategy in place to deal more effectively with what he called a “deepening crisis.”