Home > News > Calls for rent aid review for all counties

Calls for rent aid review for all counties 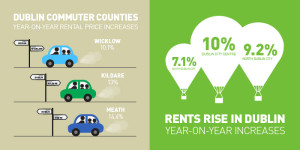 The Minister for the Environment, Alan Kelly, met Alice Leahy of Trust Ireland yesterday and called for more co-operation between Government departments (especially Social Protection and Children and of Health) to tackle the homelessness crisis.

The Minister indicated that he would like to see a protocol extended across Ireland which already operates in Dublin and Cork and ensures households with children at risk of losing their home can have their rent supplement increased.

Minister Kelly is also to bring a proposals to Government to better regulate rent increases, and to ensure that banks and receivers planning to repossess buy-to-lets cannot not evict tenants into homelessness.

The Society of St Vincent de Paul (SVP) had already called on the Government to revise the Rent Supplement nationally but in particular in the counties close to Dublin where rents have risen dramatically.

“Most families now in hotels and B&Bs, visited by SVP volunteers, are being forced into homelessness and into emergency accommodation directly because of huge rent increases in the private rental sector,” stated SVP.

The number of homeless children in Kildare and Wicklow has tripled from 9 to 27 since last year.

The latest daft.ie report shows that year on year rents have increased between 7.1% and 10% in Dublin and between 10.1% and over 14.4% in the surrounding counties.

“Rent Supplement in these areas should be increased to the same level as those in the Dublin local authority areas,” said John-Mark McCafferty, SVP Head of Social Justice & Policy.

He added that local considerations, such as increased employment opportunities now or in the near future, third level institutions, the building of new schools, proximity to centres of employment and improvements in transport and other infrastructure, “are likely to drive up demand for and the cost of housing in particular areas, should be taken into consideration in the setting of maximum rent supplement limits”.

The SVP stated that an immediate increase in Rent Supplement limits is urgently needed as a measure to prevent homelessness.

Also a financial incentive should be given to private landlords for accepting tenants on the new Housing Assistance Payment (HAP) on condition that the quality of private rented homes are improved.

“We need realistic Rent Supplement limits that reflect actual market rents as families are being made homeless and find it hard to move on from emergency accommodation,” said John-Mark McCafferty.

SVP says that the rental increases in areas such as North West Wicklow, North Kildare, and parts of South and East Meath, and other commuter belt areas around Dublin are particularly worrying as the maximum rent supplement limits in these areas are much lower than in Dublin. 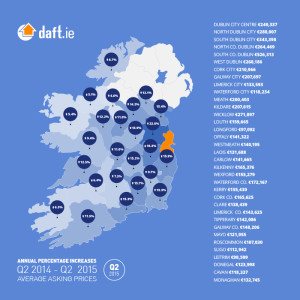 The SVP also highlighted that problems with Rent Supplement and the recently introduced Housing Assistance Payment are compounded by the “dire lack” of social housing units available.

The Government target of 35,000 new units to be built by 2020 will not be met, and that the new supply will not meet housing needs in Ireland.

The SVP wants a review in early 2016 of the Government’s progress on social housing delivery and to compare that with targets and housing need which is expected to increase substantially due to home repossessions and increasing family homelessness.