Home > Featured > Calls to help the vulnerable during cold snap

Calls to help the vulnerable during cold snap 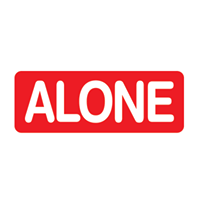 ALONE is urging older people to take extra care, and their neighbours to check in on them, during the forecasted cold weather.

“Following the cold weather forecast by Met Éireann we are calling on all members of the public to remember their older neighbours living alone and to consider their needs. We’re advising older people to stay warm in the cold weather by ensuring they have adequate home heating, wearing layers of light but warm clothing, eating at least one hot meal a day and staying indoors where possible,” said Seán Moynihan, CEO, ALONE.

He went on to explain that the damaging effects of cold weather are not always seen straight away.

“A variety of health problems can arise afterwards. A visit from a member of the public to check on an older person’s heating levels, food supplies and security, as well as to simply offer some human contact can make a huge difference,” he said. 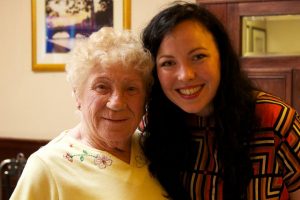 The charity is also asking members of the public to check on their older neighbours and help them if they need to travel to the local shop or post office during the bad weather.

Met Éireann has issued a yellow weather warning for snow and ice in Leinster, Munster and counties Galway and Roscommon from today, Thursday 12 January 2016.

The cold weather has already arrived in Europe and, speaking to pilgrims gathered in a freezing St Peter’s Square on Sunday (8 January), Pope Francis called for prayers for all those living and dying on the streets at this time of year.

After praying the Angelus, the Pope remembered the homeless and especially those who’ve died during the extreme cold weather. “May the Lord warm our hearts to be able to help those who live on the streets,” he said.

Archbishop Konrad Krajewski told Vatican Radio that three hostels run by the Vatican, close to St Peter’s and to Termini train station, will remain open 24 hours a day during the cold weather period.

Cars have also been made available as a sleeping place for those who want to remain on the streets. Thermal sleeping bags and gloves are being supplied to help protect the homeless from the freezing temperatures. 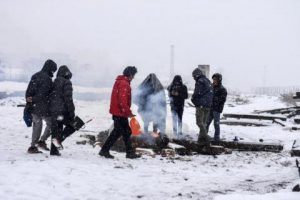 Snow is particularly severe in Greece and the Balkans and there are fears that dozens of migrants and refugees are at risk of freezing to death if immediate action is not taken.

Save the Children has warned that in Belgrade hundreds of unaccompanied children, some aged ten and eleven years, are among the 1,200 refugees and migrants sleeping in abandoned buildings and warehouses. Temperatures have dropped to below −10 °C, and the buildings have no windows, beds, water, or toilets. People are sleeping on the floor and are in danger from fires lit to keep warm. Many have no gloves or proper shoes and cases of frostbite have been reported.

Save the Children also highlighted that in northern Greece an Afghan refugee froze to death when temperatures fell to −14 °C. In Bulgaria the body of a Somali woman was found frozen along the country’s southern border. Media also reported that two Iraqi men were found frozen to death on Friday in a forest in South East Bulgaria.

The EU’s “failure to respond is leaving thousands of refugees and migrants, including unaccompanied children, literally out in the cold,” said Andreas Ring, Save the Children’s Balkans Representative.

“Refugees and migrants who have survived years of war, violence, and deadly journeys to safety are now freezing to death on Europe’s doorstep. Immediate access to appropriate shelter is needed for all refugees and migrants, regardless of their status, to prevent unnecessary loss of life, particularly for children.”

Last winter, refugees’ and migrants’ tents were sinking in mud, but this year tents are sinking in snow in the ‘formal’ camps to which they were transferred.

Andreas Ring added that by ensuring safe and regular ways to reach EU member states, speeding up access to asylum procedures and investing in dignified reception conditions more deaths can be avoided.