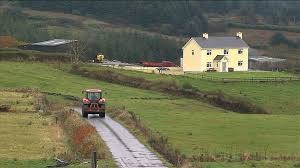 The Battle for Rural Ireland

The Society of St Vincent de Paul (SVP) has urged state and other service providers to take full account of the needs of rural communities when cutting services.

The cuts to transport, post and garda services, have left people feeling vulnerable, lonely and isolated according to SVP and other community groups. 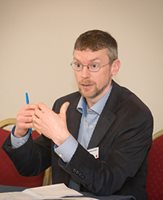 “Unilateral announcements, particularly by state bodies, show a huge disrespect for rural communities despite the lip service often paid to preserving such communities,” he said.

Brendan Hennessy continued, “These arbitrary decisions allow no time for the communities themselves to have an input in the decisions or an opportunity to seek sustainable alternatives – and it’s usually the poorer, weaker sections of society that bear the brunt of such decisions.”

He added that SVP supports Irish Rural Link in its view that rural communities are willing to examine the health and well-being of any service and work in an honest way with the service provider.

For example last week’s announcement by Bus Eireann of the closure and cutting back of rural routes did not allow time for local communities to come up with alternatives.

“CSO figures put 40% of the population living in rural areas,” he said and added that while it is understandable that some services may be financially unsustainable, the service providers have a responsibility to communicate well in advance of any closures.

On RTE 1 on Monday night (9 March) a special report: The Battle for Rural Ireland explored the effects of the recession on rural Ireland.

At the end of the documentary which visits towns and villages around Ireland, the presenter Richard Curran said, “There has to be more to the places we live than just the economy.

Communities are made up of people who have a contribution to make that is beyond the taxes that they pay or the jobs they create. We can’t simply put a price on the value of these rural places to this country we live in.” 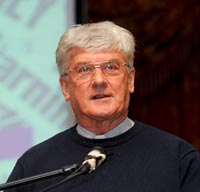 In a subsequent discussion on Clarie Byrne Live, Fr Harry Bohan said that he is convinced that people want to live in rural areas but both self-help and government support is needed to keep rural communities alive.

“The Government’s job is to facilitate people to do it for themselves,” he said.

He added that in the 70s his group (Rural Resource Organisation) facilitated 20 young families to move to Feakle.

There are now people settled in 120 communities in towns from Cavan to Cork.

He suggested that the banks, which handle a lot of money in rural Ireland, should also look seriously into how they can invest some of that money back into rural communities.

Fr Harry Bohan is Chairman of the Céifin Centre, Director of Pastoral Planning in Diocese of Killaloe, and parish priest in Sixmilebridge, Co Clare.

He has always promoted the idea that family and community are vital in fostering human relationships.

He founded the Rural Resource Organisation which encouraged communities across Ireland to participate in determining their own future and resulted in the building of 2,500 houses in 120 villages, in 13 counties.

He explained that the benefits are that schools in danger of losing a teacher may gain other teachers and parish congregations grow, and new businesses are established.

In 1998, he founded the Céifin Centre for Values-Led Change to keep to the fore discussion on the direction Ireland is taking. Céifin conferences have since covered many topic s relevant to Irish society.

IRL stated that that this will leave many rural communities at risk of isolation.

The organisation also urged the Government to create an assigned protocol for the closures of rural services such as bus routes, schools, banks, and post offices.

IRL has repeatedly stated that any proposed bus service cuts should only be acted on when a proper socio economic assessment of its impact on the well being of local communities is assessed.