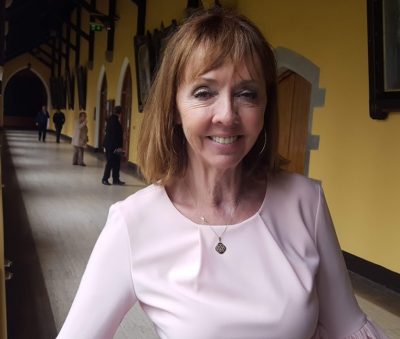 Parishes should allow young people to be ‘digital missionaries’, the Primate of All Ireland told CatholicIreland.net at the conclusion of a seminar on digital media.

Archbishop Eamon Martin agreed that many people active in parishes were not familiar with social media.

At the synod on youth in October, this was a discussion point. “The young people who were present said, ‘We will do it for you. We know how to operate the digital world. You need to call us and then empower us and give us the opportunity to do some of these things for you.’

This is the particular precise area where I do believe young people are being called, he continued, complimenting two of the young speakers at the seminar: Believers in the Digital World. “They are young people of faith and also young people who are tech savvy and I’m saying to myself, ‘Why are we not helping these young people, tapping their shoulders and saying – could you do something in our parish?’”

They may not do it the way we think, he continued. “They’ll do it the way they know how to do it and how they know will reach their fellow young people. God is already gifting people and we have to have the eyes to see it and the courage to call forward these digital missionaries.”

Archbishop Martin recommended the programme ‘Called and Gifted’, which helps people to recognise and subsequently use the charisms that God has given to them “to enable the Gospel to spread”.

Former presidential candidate and founder of Pieta House Senator Joan Freeman recalled a time when “missionaries were sent out to a land far away to try to bring faith to people who might not have heard about it”. Young people love action, she told CatholicIreland.net. “Give them a call to action. Ask them to educate their parish [on social media], to get the message across.”

Older people are still coming into the Church, she said. “We see a sea of grey heads. They’re still involved. The younger people are online and people in their 40s and 50s are online.”

It is the people who don’t go near the Church and the parish centre that we need to focus on, she continued. “We’ve got to grasp the opportunity which is online, which is social media and use it.”  She added that young people invited to help in parishes could not be there as mere “tokenism”, but “to educate us, to advise us”.