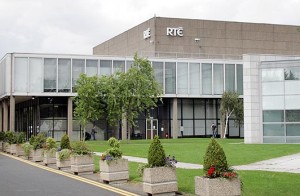 RTE’s decision to stop broadcasting on its Long Wave transmitter from 27 October has been strongly criticised by the bishops.

According to RTE, the station decided to switch off the Long Wave transmission to focus on FM, DAB and Digital Access and that over 98% of its listeners will not be unaffected by the move.

The national broadcaster said it would be launching an awareness campaign to inform Long Wave listeners of the alternatives.

The decision will result in the station’s one and a half hours of religious services being transferred to digital radio.

The Irish Bishops Conference has asked RTE to postpone the move saying it would adversely affect rural, elderly and housebound listeners who depend on the Long Wave broadcast of the Mass on Sundays.

The hierarchy also called on RTE to undertake an audience survey to determine the number of listeners to its LW broadcasts of religious programmes and to see how prepared these people are for a digital switchover.

“We are expressing our concern about this decision; it was taken rather quickly and rather hurriedly and in many ways behind closed doors,” Archbishop Eamon Martin criticised.

The Primate of All Ireland said that concern was already being expressed to them from around the country over the shutdown later this month.

“We would particularly like the public service broadcaster to think about the people this will impact on. We don’t want to hold back change and we realise that digital technology is where it is at but I think it is important to look at what help they are giving people to make a changeover and whether this has to be introduced immediately.”

RTE Radio 1 Long Wave signal covers the island of Ireland and carries also into Britain. It reaches further than FM, but RTE says it is the expense of quality, and it is rare in modern radios.

Tom McGuire, Head of RTE Radio 1 said the availability of the radio service through new digital platforms provides a much improved sound quality and broader access for all programmes.

“Just as the audience migrated from medium wave to FM in the past the end of long wave is compensated for by the availability of RTE Radio 1 on various digital platforms through the television in your home, the phone in your pocket, the tablet on your lap or the digital radio in your region,” he said.

JP Coakley, RTE Radio Director of Operations, said that service is “very expensive” and is “unsustainable in terms of the organisations current financial position”. 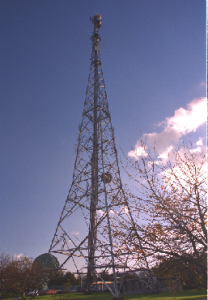 He added that nowadays, digital platforms mean that “quality and reach do not have to be traded, especially for those listening overseas. The longwave service on 252 has only been in use by Radio 1 for 10 years, and while the service was financially and technologically viable for a short time, this is no longer the case”.

RTE Radio 1 on Longwave carries the same content as RTE Radio 1, except where the service ‘splits’ to carry programmes from the digital station RTE Radio 1 Extra.

These programmes include Mass and Services every Sunday morning and total two hours per week approximately.

But Archbishop Eamon Martin questioned how many people who avail of the Long Wave service for Mass have a digital radio.

He also asked what help RTE are giving people to make a changeover.

“We are raising the concern and asking them to pause for a moment and take a look at this decision and think who is it going to impact on and see if there is any other better way of doing it,” he told CatholicIreland.net