Members of the Turn Off the Red Light alliance have sought a meeting with Gardaí about implementation of the Criminal Law (Sexual Offences) Act 2017, following the arrest and prosecution of two migrant women.

“Our primary concern is for the welfare of these two women, who should be supported as a consequence of their sexual exploitation, and not prosecuted,” said Dr Edward Mathews, Chairperson, Turn Off the Red Light (TORL), an alliance of NGOs involved in campaigning against and combating exploitation through prostitution and human trafficking.

Two Romanian women, one of whom is pregnant, were sentenced to nine months in jail at a court in Kildare. Because the women shared accommodation for safety purposes, they were prosecuted under brothel keeping charges.

Ruhama, which supports women affected by prostitution and trafficking, also criticised the conviction and stated that it is: “appalled at the sentencing of two women in prostitution last week. Legislation against brothel keeping has existed in Ireland for decades to tackle organised prostitution. This law ought to be used to target criminals who control the bulk of Ireland’s sex trade.”

TORL wants to meet with Gardaí to discuss the continued implementation of the more recent Criminal Law (Sexual Offences) Act 2017, and ensure it is used in the way in which it was intended – to support those who are sexually exploited.

“It is still early days in terms of the new legislation in the Irish context. To be effective and achieve its aims, there must be a paradigm shift, from prostitution being seen as inevitable and a personal choice to it being understood as a form of violence against women,” said Dr Edward Mathews.

TORL stated that the Sexual Offences legalisation needs commitment from the government for extra measures to accompany the law to avoid this in future. This includes the correct implementation and application of the law, and properly resourced and supported exit routes for those being exploited. There should be training for the police, prosecutors and judiciary. A public information campaign is also required, as well as education in schools and universities. 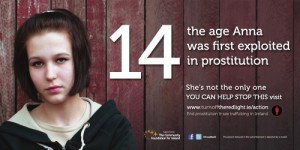 The group also called for investment in a network of high-quality services for women involved in prostitution – including material support to recover and build a new life outside – along with general measures to address women’s poverty and inequality. They urged the government to address these issues as a matter of urgency.

“We all need to work together to ensure that the intention of the law to decriminalise those in the sex trade is realised and that the accompanying measures to support its implementation are progressed as a matter of urgency,” said Dr Edward Mathews.

The Criminal Law (Sexual Offences) Act 2017 made paying for sex illegal in Ireland. It was intended that the law would target pimps and the buyers of sex and decriminalise sex workers. In January 2019 Ireland saw its first conviction for paying for sex under this 2017 law (see CatholicIreland.net 22 January, 2019).