Call for legal protection for seafarers on Sea Sunday 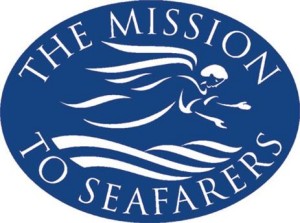 The Church has called for recognition of the work done by an estimated 1.5 million seafarers worldwide in its message for Sea Sunday.

On the day set aside by the Church specifically to pray for seafarers and their families, the Pontifical Council for the Pastoral Care of Migrants paid tribute to the role of seafarers in transporting 90 percent of the world’s manufactured goods in a fleet of 100,000 ships.

“Very often, we do not realise that the majority of the objects we use in our daily life are transported by ships criss-crossing the oceans,” Cardinal Antonio Maria Vegliò, President of the Pontifical Council said.

The annual observance of Sea Sunday is also intended to raise awareness of the ministry of chaplains and volunteers of the Apostolate of the Sea  in many ports throughout the world.

Addressing the working circumstances of seafarers, Cardinal Vegliò said multinational crews experience complex living and working conditions on board, months away from their loved ones, abandonment in foreign ports without salaries, criminalisation, and natural calamities including storms and typhoons as well as dealing with pirates and possible shipwreck.

Welcoming the implementation of the ILO Maritime Labour Convention 2006 which takes effect in August, the Cardinal described it as “a beacon of hope” which was “beaming in the dark night of these problems and difficulties encountered by the seafarers”, and he said it would establish norms to protect the interests of seafarers.

The ILO Maritime Labour Convention was ratified by 30 member countries of the International Labour Office who account for almost 60 percent of the world’s gross shipping tonnage.

The Convention is the result of several years of discussions between governments, employers and workers to update and consolidate a number of maritime labour recommendations.

The MLC 2006 establishes the minimum international requirements for almost every aspect of seafarers’ working and living conditions, including fair terms of employment, medical care, social security protection and access to shore-based welfare facilities.

While the Apostolate of the Sea welcomed the Convention and said it should lead to improvements on the life of the seafarers, they remain “vigilant” regarding Regulation 4.4 of the Convention which seeks to ensure that seafarers working on board a ship have access to shore-based facilities and services to secure their health and well-being.

“We should cooperate with the proper authorities in our respective ports so that to all seafarers’ shore leave is granted as soon as possible after a ship’s arrival in port, for the benefit of their health and well-being,” the Pontifical Council said.

The Council also warned that port states must promote the development of these shore-based welfare facilities, irrespective of nationality, race, colour, sex, religion, political opinion, or social origin and of the flag state on which seafarers are employed.

The Vatican body also called for local welfare boards which would serve as a channel for improving seafarer’s welfare at ports to be established and urged port authorities to introduce a port levy system to support sustainable welfare services in ports.

“Our final responsibility is towards the seafarers. We should provide them information and education about theirs rights and the protection offered by this Convention,” Cardinal Vegliò said.

The head of the Pontifical Council underlined that with effective implementation of the new ILO recommendations real change is possible, but warned that this will only happen only if seafarers know the content of the Convention.

Cardinal Vegliò concluded his message by asking “Mary, the Star of the Sea” to enlighten and accompany the Pontifical Council’s mission to support the work of the faithful “who are called to witness to their Christian life in the maritime world.”