The Irish government needs to take urgent action in response to the death of refugees and forced migrants in their attempt to cross the Mediterranean Sea.

This is according to the Irish Refugee and Migrant Coalition (*IRMC), of which the Jesuit Refugee Service, Trócaire, the Conference of Religious of Ireland (CORI), the Irish Missionary Union (IMU), Misean Cara and Mercy International Association are members.

They made the call in response to the news that more than 20 people are missing and feared dead, bringing the total number of people who have died crossing the Mediterranean this year to over 1,350. The Mediterranean route is now considered the most dangerous crossing in the world.

“Tragedies like this continue to occur due to lack of safe and legal routes to Europe for people in need of international protection. Men, women and children board unseaworthy boats, embarking on very dangerous and life-threatening journeys. These journeys so often end in death and families being torn apart,” stated Caoimhe Sheridan, Coordinator of the IRMC.

Caoimhe Sheridan added that EU Search and Rescue missions now have as their main focus ‘countering smuggling’ and ‘migration management’. The humanitarian aspects of search and rescue – saving lives – has become secondary.

Speaking on behalf of the IRMC, the Irish Refugee Council’s Nick Henderson said that Ireland needs to do more to ensure safe and legal routes to Ireland.

“We have committed to relocate and resettle some 4,000 people by the end of 2017; however, to date less than one third have actually arrived,” he said. “Given the record high level of people in need of protection and resettlement, Ireland needs not only to honour its commitments, but also to show leadership and guarantee complementary legal routes are available to help prevent further deaths at sea.”

The IRMC has previously called on t 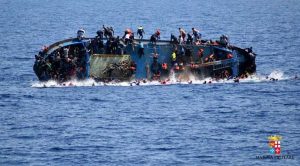 he Irish government to ensure more legal routes so that people in need of protection can access the EU without having to undertake treacherous journeys.

In a briefing about the latest deaths over the weekend the United Nations High Commissioner for Refugees, also known as the UN Refugee Agency (UNHCR), stated that around 20 men, women and children are missing and feared dead in the latest incident between Italy and Libya. However, rescuers were able to pull some 500 survivors from the Mediterranean Sea.

While the UNHCR is still gathering information about the circumstances, it has reported that the survivors were rescued from four rubber boats on Sunday by the SeaEye NGO and a merchant vessel, the Ohio, in the Central Mediterranean Sea.

It is reported that among the 20 feared dead, some were crushed by other people in the boat, while others drowned at sea. The victims include a child, women and some men – mostly from Nigeria, the Ivory Coast and reportedly from Bangladesh. Seven bodies were recovered and taken with the survivors to Trapani, Sicily. 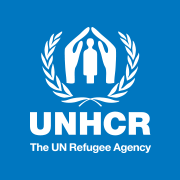 Over the past few weeks alone, over 95 people have lost their lives in the Mediterranean.

In a briefing on Monday 16 May UNHCR spokesperson William Spindler said: “Saving lives must be the top priority. With continued horrifying reports of smuggler abuse, action is needed before people are caught and exposed to horrendous abuses at the hands of smugglers and before they board unsafe boats to cross the Mediterranean Sea.”

He said that the UNHCR is calling again for “credible alternatives” for those looking for international protection. He also said it is vital to redouble efforts to resolve conflicts, especially in Africa, and to make better use of development resources.