Bury ashes of the faithful in sacred places: CDF 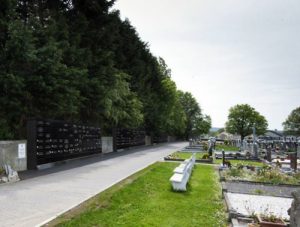 In a strongly worded instruction, the Congregation for the Doctrine of the Faith (CDF) has set out the Church’s rules in relation to the conservation of ashes in the case of cremation.

The resurrection of Jesus is the culminating truth of the Christian faith, says the document which was approved by Pope Francis in March 2016 and published on Tuesday. Through his death and resurrection, Christ freed us from sin and gave us access to a new life. “By death the soul is separated from the body, but in the resurrection God will give incorruptible life to our body, transformed by reunion with our soul,” it says.

Following the most ancient Christian tradition, the Church insistently recommends that the bodies of the deceased be buried in cemeteries or other sacred places. “Burial is above all the most fitting way to express faith and hope in the resurrection of the body.”

For this reason, says the CDF, the Church cannot “condone attitudes or permit rites” that see death as the “definitive annihilation of the person” or the “moment of fusion with Mother Nature” or “a stage in the cycle of regeneration”.

Since 1963, cremation has been permitted in the Church, but “the ashes of the faithful must be laid to rest in a sacred place”, such as a cemetery or church. This ensures that they will be prayed for and “prevents any unfitting or superstitious practices”. 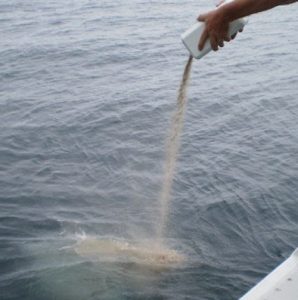 Scattering of ashes at sea is not permitted

Keeping the ashes at home is “not permitted” and ashes must not be divided among family members, says the document. Neither is it permitted to scatter the ashes of the faithful departed “in the air, on land, at sea or in some other way, nor may they be preserved in mementos, pieces of jewellery or other objects”.

Rev. Dr Michael Shortall told CatholicIreland that “Ashes in themselves are not the problem.” He said that “It is what happens afterwards [that counts] because it is an expression of belief in the afterlife. So if you are returning the ashes to Mother Earth because that is actually your belief, that is incompatible with Catholic belief. It is matter of what you do with the ashes being coherent with our faith.”

The lecturer in moral theology at St Patrick’s College, Maynooth said that respect for the ashes was “respect of the body which in turn is respect of the person. To respect the dead is to respect the living.” He noted that the language in the instruction was “very strong” but its content was already known, although it had not “been addressed before so specifically”.

The document concludes by advising that where the deceased has requested cremation and the scattering of ashes “for reasons contrary to the Christian faith, a Christian funeral must be denied to that person”.

Tags: Christian burial, Congregation for the Doctrine of the Faith, Cremation, Resurrection of the body, Rev Dr Michael Shortall