Home > Featured > When we build walls against vulnerable, we shut out God

When we build walls against vulnerable, we shut out God 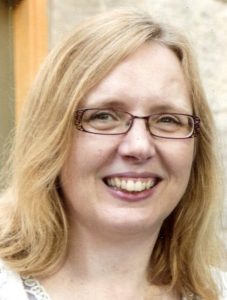 Addressing the Inaugural Service for the Week of Prayer for Christian Unity 2018 on Thursday, Dr Jessie Rogers, scripture scholar at St Patrick’s College Maynooth,  told members of ten Christian faith traditions that terrifying things were being said in Europe and in the United States, suggesting that “our Christian heritage is only protected when we exclude the other, as if God loves us and not them. There is so much rhetoric about ‘walls.’ But when we build a wall against the vulnerable we will discover that it is God we have shut out.”

Dr Rogers was commenting on an extract from the Song of the Sea in Exodus, the passage from which the Unity Octave takes its theme this year: “That all may be free”. The material was produced in the Caribbean using Exodus 15, a song of triumph over oppression, as the motif for the octave of prayer.

We misunderstand the escape from the captivity story, continued Dr Rogers, when we “replicate the oppressive system of Pharaoh, where the wealth and security of the few is secured at the cost of the more vulnerable, and yet still believe that God is on our side. The question is not: ‘is God on my side?’ but “am I on God’s?”

St Paul tells us that all those who are led by the Spirit are God’s children (Romans 8:14), she told the congregation at the Church of Our Lady of Good Counsel, Johnstown, which included Archbishop Diarmuid Martin and Dr William Morton Dean of Saint Patrick’s Cathedral. “And where is the Spirit leading us? Everywhere that we see seeds of hope and love.”

When as communities we are turned in on ourselves and caught up in our own agendas, then we become obsessed by the different accents with which we speak the language of our common faith, said Dr Rogers. “It is when we reach out beyond our comfort zone, when we work side by side, joining in God’s work in the world, that we are drawn closer together,” she said.

Speaking to CatholicIreland, Dr Rogers, who was received into the Catholic Church at Easter 2016, said there was a “huge” role for the Churches to work together on social issues, like the upcoming abortion referendum. “The scandal is when the body of Christ is seen to be divided. I’d like people to think of ‘Christianity’ in the first place and not think ‘Oh you are this or that’ [denomination]” Dr Rogers quoted Pope Francis who speaks about “unity in diversity which is not uniformity” suggesting this could be the approach used when working together on social issues.

The Week of Prayer was “perhaps a missed opportunity” she said, “in that more could be done”. But prayer is never a waste of time, she said. “When prayer is being done you discover those bonds that join you together as part of the body of Christ. Jesus talks of Kingdom of God which comes as a little bit of yeast, a seed. But if it [the Week of Prayer] could be better publicised it could do even more good.”