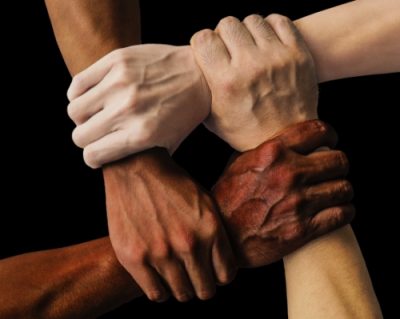 Concerned about the rising number of racist and xenophobic attacks in Ireland, Catholic bishops have appealed to people to reject racism, intolerance and sectarianism, and build relationships with immigrants at local level.

Speaking at the conclusion of their summer meeting, the bishops said Ireland had a long tradition of emigration, and today migrants from other countries work side by side with Irish people.

“These are our neighbours and part of our community, whose children go to the local school and develop friendships and play together.”

Some had escaped from very dangerous situations, including religious persecution, the bishops said. “On top of the trauma of losing their homes, their jobs and often their families, they now face the challenge of being strangers here.”

Recent reports of the European Commission against Racism and Intolerance, and the Good Relations Indicators annual update in Northern Ireland, had given “cause for concern”, the bishops said in a statement.

They said some of these xenophobic and racist incidents were carried out by those who consider themselves faithful Christians. The attacks can occur “anonymously or otherwise on social media, in quiet conversations, by open verbal onslaughts or through physical violence”.

The bishops noted that human dignity does not depend on the colour of a person’s skin, their nationality, accent, or their religious affiliation, as every person is created in the image of God.

“In our rapidly changing Ireland, we appeal for a new-found respect for every human person, without exception, and a complete avoidance of the use of offensive language.”  To prevent bigotry and racism, the bishops called on people at local level to build relationships “so that everyone can feel welcome wherever we gather”.

The bishops noted that the Relationships and Sexuality education (RSE) school course is currently being reviewed. In the statement they strongly supported parents as the primary educators of their children, particularly in the area of relationships and sexuality education, stressing their central role in nurturing children. Parents must therefore be consulted in the development of RSE programmes, they added.

The bishops welcomed the recently published document by the Vatican’s Congregation for Catholic Education of Male and Female He created them which they said makes an important contribution to Catholic thought on gender. The document, signed by Cardinal Giuseppe Versaldi, aims to provide Catholic educators – and others – with guidance on dealing with gender issues.

The document states: “It is becoming increasingly clear that we are now facing with what might accurately be called an educational crisis, especially in the field of affectivity and sexuality.”

It notes challenges from gender theory which “denies the difference and reciprocity in nature of a man and a woman and envisages a society without sexual differences, thereby eliminating the anthropological basis of the family… By contrast, the Christian vision of anthropology sees sexuality as a fundamental component of one’s personhood.”

The bishops emphasised document proposition on the “need to educate children and young people to respect every person in their particularity and difference so that no one should suffer bullying, violence, insults or unjust discrimination based on their specific characteristics (such as special needs, race, religion, sexual tendencies).”