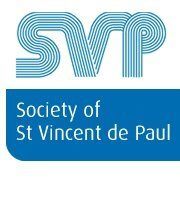 The Society of St Vincent de Paul (SVP) has called on the Government to provide 70% of social housing units through local authorities and approved housing bodies.

In its strategy, the Government had planned to meet 70% of social housing needs through the private rented sector with supports like Housing Assistance Payment (HAP) and Rent Supplement, and the remaining 30% through housing units built/acquired by local authorities and housing bodies.

The SVP wants the Government to do the opposite.

“Being priced out of rental housing, living in cold homes with the related health and budgeting problems, and inadequate access to early years childcare and after school supports blight too many lives and prevent many children and adults from reaching their potential,” said Kieran Stafford, Vice President of the SVP. 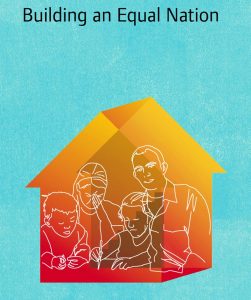 He was speaking at the launch of the SVP’s Pre-Budget Submission titled Building an Equal Nation on Tuesday 14 June 2016.

In this document, the SVP quotes the National Economic and Social Council estimate that 25-30% of the population as a whole requires support in meeting their housing needs due to low incomes and high costs in Ireland.

The SVP is seriously concerned at the shortage of local authority housing across the country as waiting lists for social housing have increased dramatically.

Over 11,000 SVP members visit people in their homes every week across Ireland.

They find that housing is the key concern with families. Some are worried about losing their rented accommodation and others are in emergency accommodation having already lost their tenancies due to rent increases which they could not afford.

The SVP makes a total of 18 proposals in its submission under four headings: Income Adequacy; Housing; Affordable Energy; and Early Years, Childcare and After School Care.

The SVP blames the fact that 59% of one-parent families experience material deprivation on the failure of Government policy.

The mother in one of the households visited by SVP volunteers explained that she copes with cutbacks in recent years by cutting back on food.

“I try to save on food because it seems to be the only expense I have any control over, so they’ve literally taken food from my daughter’s mouth,” she said.

Another mother expressed her frustration at being unable to get any extra hours work under her retail 12 hour, fully flexible contract.

“These families tell us they are unable to access the childcare and after school supports they need in order to comply with Government requirements to take up employment or training – there is a lack of policy coherence,” said Kieran Stafford of the SVP.

The Society wants the Government to improve in-work income supports for one-parent families and to provide more supports to lone parents in education or training.

In the submission, the SVP also stated that an estimated 28% of households in Ireland experience energy poverty. Poor energy efficiency mans colder homes which in turn means higher risk of health problems especially for children.

In her blog, Audry Deane, Social Justice and Policy Officer of the SVP stated that now that Ireland has been upgraded from the corrective to the preventative arm of the Stability and Growth Pact that there are big decisions to be made.

She said that every week 2,300 calls are made to SVP offices around the country by people looking for help.

The SVP spends €40 million a year on direct assistance to people in need because inadequate incomes, and lack of quality services which in turn damage people’s prospects and pushes them into hardship.

She suggested that money available to the Government in the so called ‘fiscal space’ should be used to give long-term benefits to all citizens.

The SVP wants Government to send a clear message that Ireland is prepared use valuable resources to build an equal nation.