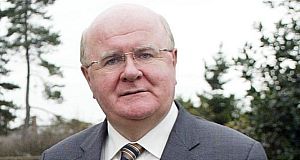 Social Justice Ireland has accused the Government of breaching one of the terms set out by the ‘Troika’ which stipulated that the adjustments in Budget 2014 were to be done “while protecting core services and the vulnerable”.

Reacting to the measures announced in Budget 2014, Social Justice Ireland stated on Wednesday, “This budget has failed to honour this condition.”

The think tank also accused the Government of adopting a “very short-term and one-dimensional” approach by focusing almost exclusively on reducing the budget deficit.

At the same time, SJI warned that Ireland’s social infrastructure was being eroded.

In a statement, it criticised the Government for seeming to believe that once Ireland exits the bailout in December all will be well. “That is not the case,” SJI said, because “Ireland remains in a very difficult situation economically, socially and environmentally.”

Noting a lack of guiding vision in this budget, the group said the Government was failing to appropriately address critically important issues ranging from emigration to social housing, from investment to rising poverty.

“Budget 2014 provides no guiding vision, no real sense of direction for Ireland’s future, and no sustainable solutions to the major challenges Ireland faces,” SJI said.

In its analysis and critique of the budget, SJI said the Government’s austerity approach, which it claims has been shown to have no basis in theory, “does not work in practice and is profoundly unethical in that it targets those who are vulnerable rather than those who are better able to meet the challenges of the present difficult situation.”

That alternative was detailed by Social Justice Ireland in its Policy Briefings on ‘Budget Choices’ and ‘Investment Policy’ published in June and September 2013.

Social Justice Ireland blames the Government for continuing with the unfair distribution of the adjustment with two-thirds being achieved through expenditure cuts while only one third comes from tax increases.

“It is not acceptable that Government has persisted with this approach despite recent studies from the IMF and others showing that such an approach increases poverty and inequality. Reversing the tax/cuts ratio would have positive impacts on both these measures,” SJI said.

The organisation outlines some questions which it believes the Government needs to answer, questions which members of the Dáil and Seanad should address in the budget debates in the coming months SJI has said.

1. How can Oireachtas members have an informed discussion of the budget when so much of its content is opaque and its basic numbers are not clear?

3. What kind of future do we want for coming generations?

The full Policy Briefing may be accessed at: http://www.socialjustice.ie/