As religion declines in a society, rationality and tolerance go up. This is the message of the latest British Social Attitudes (BSA) report.

David Quinn of the Iona Institute disagreed in a recent article (3 August 2019), stating that this message of the report by the National Centre for Social Research might not be as it seems.

“Since 1983, the National Centre for Social Research has been charting the decline of religion in British society, growing tolerance in the sphere of sex and relationships, and a mostly rising trust in science,” he stated. However, the growing tolerance has been accompanied by a decline in the marriage rate, and increases in divorce, abortion, and the number of children being raised without fathers.

“As religion declines so do the other things that unite people to one another, especially family. In other words, we become more and more atomised. Seen this way, the fading of religion might not be such a good thing after all,” he said.

In its chapter on religion the BSA report states that the past two decades have seen “international conflict involving religion and domestic religious organisations putting themselves at odds with mainstream values”.

Against this backdrop the report found a “dramatic decline” in identification with Christian denominations, particularly the Church of England, and a substantial increase in atheism and in self-description such as “very” or “extremely” non-religious. It also found a low confidence in religious organisations but tolerance of religious difference. 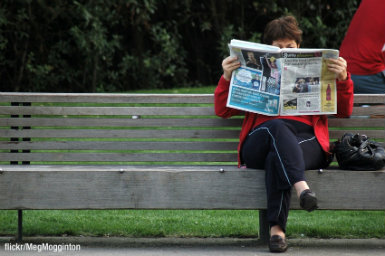 The report quotes wider research which suggests that Britain is becoming more secular, not because adults are losing their religion, but because older people who are involved with Christian churches are gradually being replaced by unaffiliated younger people.

The Church of England National Lead for Evangelism and Witness, the Dean of Derby, the Very Revd Stephen Hance, responded to the research in an article on the Anglican Communion News Service stating: “We are now in a culture where people are three generations unchurched … I think that we are working now with people who have literally no experience at all of the Christian Church to react against, even. It’s new terrain.”

David Quinn of the Iona Institute also highlighted the report’s assertion that 77 per cent of those surveyed accepted that science and technology are making their lives “healthier, easier and more comfortable”.

But he asks where morality fits in with science and cautions against a blind faith in science and in scientists.

For example, two-thirds of those surveyed believe it is okay to use prenatal genetic testing in the case of unborn children with serious mental or physical disabilities and that it is permissible to screen out and most likely abort children with disabilities such as Down Syndrome before they are born.

Support for this is lower among Catholics surveyed (50 per cent) and higher among those professing no religion (74 per cent). Among professed Anglicans, support for screening is just as high as among the non-religious.

“What we are seeing is a rising acceptance of eugenics. Yes, we are ‘tolerant’ towards screening, but we are also tolerant towards the terrible outcome of this, the elimination of those considered too burdensome to be born,” he stated.

He added that this disproves the notion that the decline of religion seems to mean growing tolerance and rationality.