British Church leaders urge vote for good of all 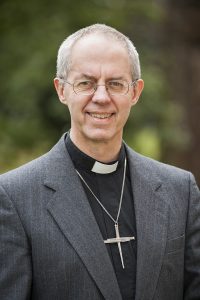 The Archbishop of Canterbury, Justin Welby, will vote for Britain to remain in the European Union (EU).

The future of Britain “cannot be only about ourselves”, he stated in a newspaper article and video in which he explained that his support for continuing membership of the EU is personal and that there is no official Christian or Church line on how to vote, it is a matter for each person’s own conscience.

Recalling how Britain’s Christian heritage and principles come from Jesus’ teaching, especially in the Sermon on the Mount and the Beatitudes, he wrote, “Among those principles are a vision of peace and reconciliation, to being builders of bridges, not barriers.”

The principles Jesus taught and which have shaped Britain also include love for the poor, the alien and the stranger.

The EU came together after Europe was broken “beyond description” by war, and has contributed, until recently, to more social care than at any time in European history.

The Archbishop spoke of the 6 June – the 72nd anniversary of D-Day. His father-in-law, Douglas Eaton, was there and recently showed all the family including the Archbishop where he had fought.

In the cemetery, some of his unit had been buried alongside German war dead and he expressed no hatred, just sadness at such loss.

“The 23 June is a date on which we happily do not literally have to fight for our freedom or future, but we are going to make a choice that will change the lives of all of us, and the next generations, both for this country and indirectly for much of Europe.”

“That choice should be made with the same ambition and vaulting idealism as those who gave so much in both wars,” he stated.

He said that after the wars, which killed millions, those who fought were not looking back, but forward when they built the EU.

“The vision for our future cannot be only about ourselves. We are most human when we exist for others,” he stated and added that the referendum is about a vision of what kind of country Britain is for its citizen but also for the world.

He appealed for prayers for all people and politicians on both sides of the debate. He said did not want enduring bitterness after the vote and whatever the outcome the Church of England will continue to support communities and the nation as always.

“I hope and pray that the result will be reached with the aim of a good Britain in a good Europe, whether as part of the EU or not. I pray that each person’s vote will be based on generosity, hope, confidence. I pray that we will then reunite with immense determination to be a gift to the world of today and to future generations,” he concluded.

Many other church leaders have spoken about Brexit.

In May, Catholic Archbishop Peter Smith of Southwark became the first senior Church leader in the UK to express sympathy for the pro-Brexit campaign.

He cautioned that European Union quest for cohesion between member states could cause loss of legitimate sovereignty. He said the single currency was a failure.

Archbishop Smith, the vice president of the Bishops’ Conference of England and Wales, expressed concern about the level of debate on the issue and that there has been no clarity and a lot of emotional speculation on both sides.

He called for a proper debate in the House of Lords and in Parliament to give reasonable arguments. He was undecided about which way he would vote. 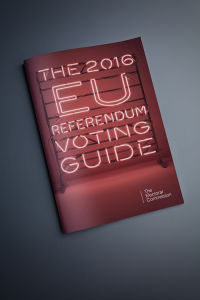 The bishops do not generally direct Catholics on how to vote in a general election or a referendum in Britain.

In April, they issued a statement urging Catholics to be fully informed of the arguments for and against EU membership ahead of the referendum, stating that the outcome of the vote will have consequences for the future “not only of the UK but for Europe and for the world”.

Cardinal Vincent Nichols, the Archbishop of Westminster and the leader of the Catholic Church in England and Wales, stated that Britain would face “complex problems” if voters chose to leave the EU.

His predecessor, Cardinal Cormac Murphy-O’Connor, advocated remaining in the EU in an article in the Spectator.

Auxiliary Bishop William Kenney of Birmingham said groups such as CAFOD, the overseas aid agency of the Catholic Church in England and Wales, and SCIAF, the Scottish Catholic International Aid Fund, would lose grants following a “Brexit” victory.

Representatives of CAFOD and SCIAF did not comment and took a neutral position.

In Northern Ireland Catholic bishops stated that the withdrawal of Britain from the EU could undermine peace. (see catholicireland.net article 09 June, 2016).

In January 2016 Archbishop Paul Gallagher, Secretary for Relations with States within the Vatican, was reported as saying that “Brexit” could weaken Europe but added that it was for the British electorate to decide.