Millennium celebrations for Battle of Clontarf 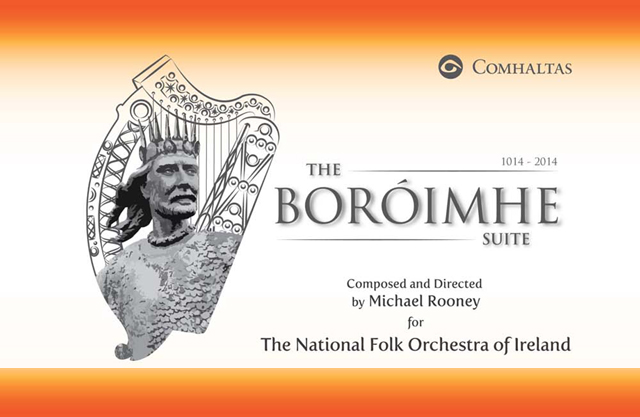 Easter in Ireland is often associated with commemorations of the 1916 Rising, however this year they will be focused on the Battle of Clontarf which took place on Good Friday 1014.

The millennium of that battle and the death of Brian Boroimhe (Boru), High King of Ireland, is being marked with a Service in St Patrick’s Cathedral Armagh on Sunday 27 April.

Ahead of the Service, the Dean of Armagh, the Very Rev Gregory Dunstan said, “The Battle of Clontarf was of European importance.”

“In this service, the Cathedral aims both to reflect on an historic tragedy and to highlight its significance for the island of Ireland today.”

After his death at the Battle of Clontarf on Good Friday 1014, Brian Boroimhe, High King of Ireland, was buried “on the north side of the great church” at Armagh.

The Church of Ireland Cathedral of St Patrick, which stands on the site, incorporates a memorial tablet in its north wall.

The service to mark the occasion is based on the Anglican liturgy of Choral Evensong, and ecumenical in character.

It will include both commemoration prayers for Ireland of today. Mark Patrick Hederman, OSB, Abbot of Glenstal, will preach.

This is just one of many events planned for the millennium – celebrations revolve around four main towns.

The commemorative programme runs from Killaloe through Cashel and Dublin to Armagh.

He was chieftain of a North Munster family, subsequently named O’Briens (Uí Bhriain) after him, and became King of Munster at the ancient royal seat of Cashel.

A special conference at Cashel will focus on the concept of kingship, especially as interpreted in Christian terms by Brian, his forebears and successors.

In Clontarf, he met his death at the battle of that name but his Irish army was victorious, and ended the centuries-long threat of Viking domination.

Four denominations and seven congregations in Clontarf will come together on 23 April to commemorate the Battle of Clontarf a thousand years to the day.

The service will take place in St John the Baptist church on Seafield Road whose parish origins can be traced back to before the time of the battle.

Other parish celebrations are ongoing.

Eva Kyne won the parish art competition to commemoration the millennium of the Battle of Clontarf. Her image (left) has been enlarged and is displayed at the entrance area to the parish church.

Comhaltas Ceoltóirí Éireann has commissioned composer Michael Rooney to write a suite of music reflecting the life of Brian Ború.

This Suite will be performed in St Patrick’s Cathedral Armagh by the National Folk Orchestra Ireland.