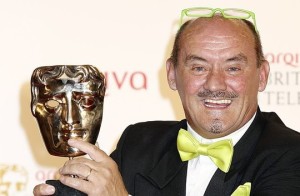 Brendan O’Carroll has put his hand in his pocket to support Irish charities in the wake of the CRC top up payments revelations.

The actor, who has had huge success with the loveable Mrs Brown character, has donated €350,000 to charity.

The popular actor has previously supported the St Vincent de Paul. Another of his chosen charities is Irish Autism Action and these are the two main beneficiaries of this donation.

One of his colleagues said that Brendan had wanted to remain anonymous but “felt that with charities getting such bad press at the moment that he should make known his support for them.”

St Vincent de Paul has publicised its practices in relation to donations and stated that it aims to keep administration costs at 10% of expenditure.

Yesterday, the charity stated that donations to its annual appeal are down on average between 20% and 25%  compared with last year.

Geoff Meagher, SVP National President acknowledged that the current controversy surrounding charitable donations has probably had an effect, but said that the SVP also appreciated that there were other pressures on donors this year such as reduced personal incomes and their own family needs.

He said that the 11,000 volunteer members in parish-based units (called local Conferences) are dealing with increased demand for help.

“Calls for assistance to the SVP have more than doubled in the past five years, additional resources to deal with this increase have been required and through the generosity of the Irish public the direct assistance we have been able to provide to those in need has increased from €24m in 2007 to €43m last year,” Mr Meagher explained.

He said that Society members are facing a wider range of more complex social issues, deprivation and poverty caused by the recession.

“As always, this Society will respond and give help, and what is given locally stays local,” he said and added, “We hope the public will be as generous to us as they can be.”

On the front page of its website, Trócaire has inserted in a prominent position the statement that 92% of the money it receives goes directly to the people who need it most.

It has a page on Annual Report and Finances which states that Trócaire pays no ‘top ups’ or bonuses to any member of staff.

On its website, Concern also has a very prominent statement of how money is spent under four headings: relief & development 89.8%; development, education & advocacy 2.3%; fundraising 7.4% and governance 0.5%. 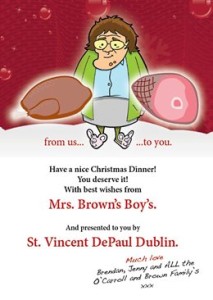 Richard Dixon of Concern in a 13 December blog stated that revelations around charity (such as at CRC) funding, salaries and transparency are doing a huge disservice to the staff and volunteers of organisations like Concern Worldwide which have strong internal controls and good governance.

Its accounts are published every year and its current CEO, Dominic MacSorley, is paid €99,000 per year.

The salary is decided by the Council of Concern based on the skills and responsibility required for the role.

He stated that charity boards need to have the freedom to decide what to pay; charities should be obliged to publish that information and supporters can then make a decision about whether or not it’s reasonable.