Breastfeeding at Mass gets papal blessing

If an infant is hungry at Mass, particularly if it is a long one, a mother should follow the example of Our Lady and feed her child, said Pope Francis in one of his most public endorsements of breastfeeding.

The Pope made his remarks during his homily at a Mass in the Sistine Chapel celebrating the Baptism of Our Lord, where, as part of the celebration, 28 children – 15 boys and 13 girls – were baptised.

Speaking without notes, the Pope’s homily was about the faith that is given to children in the Sacrament of Baptism. Throughout his talk, the pontiff’s words were punctuated by the grunts, cries and gurgles of the many babes-in-arms present.

“Jesus did the same,” the Pope said, revealing that he liked to think of Our Lord’s first sermon as his crying in the stable. As the noise from the Church’s 28 new members increased in volume, the Pope joked that the concert had begun. He remarked that the babies were crying for several reasons: because they were in an unfamiliar place; they had probably been up early to be brought to the occasion; and they could be crying because they could hear other children cry.

Then, ever practical, Pope Francis told the mothers present: “If your children are crying because they are hungry then go ahead and feed them, just as Mary breastfed Jesus. The ceremony is a little long, someone’s crying because he’s hungry. That’s the way it is. You mothers, go ahead and breastfeed, without fear. Just like the Virgin Mary nursed Jesus.”

There are many benefits to breastfeeding, including: providing the optimal nutrition for babies; boosting the immune system of infants; avoiding the need to have to sterilise feeding bottles; helping the mother-child bond become stronger; providing instant comfort, security and nourishment when a baby needs it; reducing the risk of certain illnesses throughout life; and, for the mother, assisting maternal weight loss after birth and reducing the risk of developing breast cancer, with the risk lowering further the longer the mother breastfeeds.

However, in many countries mothers are discouraged from breastfeeding, especially when in public. The more developed a country, often the more likely it is to have low breastfeeding rates. In the Pope’s native Argentina, about 33 per cent of women are breastfeeding when their children are at the age of six months; in Ireland that figure is about 11 per cent, in Italy it is 5 per cent and in the UK, which has the world’s worst breastfeeding rates, the figure is at or below 1 per cent.

As far as the main substance of the Pope’s homily went, he said: “Faith does not just mean reciting the Creed on Sundays, rather it means believing in the truth, trusting in God and teaching others with the example of our lives.

“Faith is also the light that grows in our hearts, which is why a lighted candle is given to every person being baptised. In the early years of the Church, baptism was often called ‘illumination’ to show the way in which faith helps us see things in a different light.” 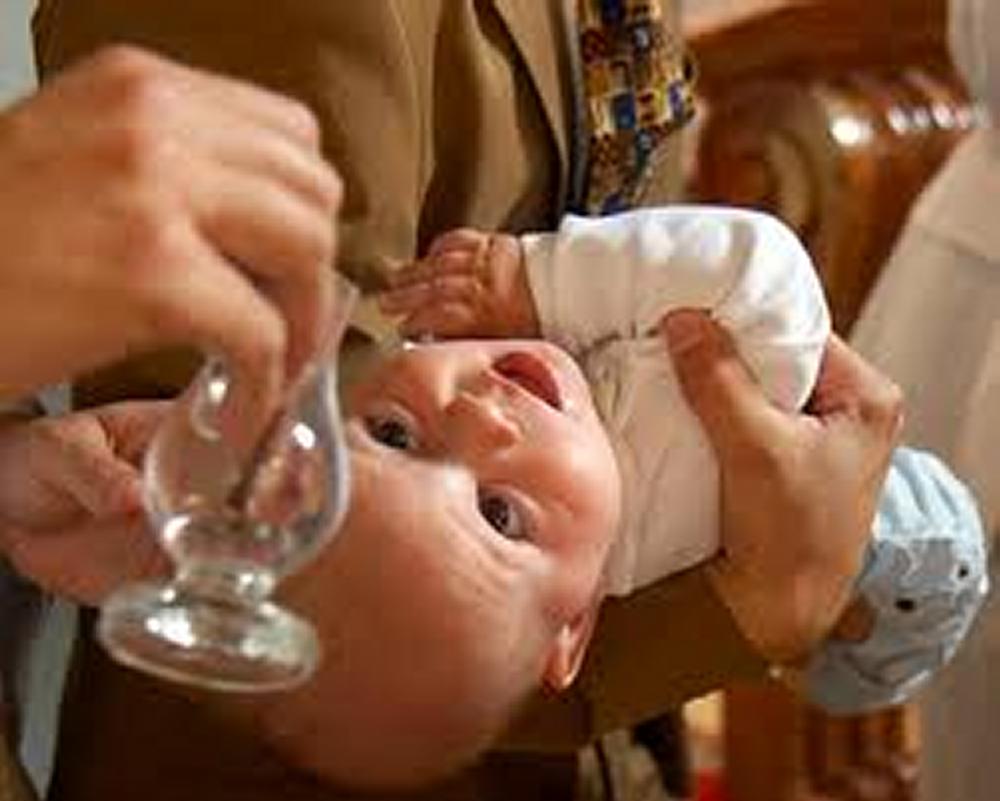 To the parents and godparents present, he said: “You have the task of making that faith grow, of nurturing it, so that it may bear witness to others.”

It was Pope Paul VI who fixed the first Sunday after the Epiphany as the day for celebrating the Feast of the Baptism of Our Lord and it was Saint Pope John Paul II who introduced the tradition of celebrating the feast with baptism ceremonies in the Sistine Chapel.