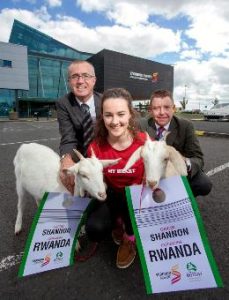 The biggest ever multi-species airlift of farm animals from Ireland is to go to Rwandan genocide widows next month.

Irish charity Bóthar is sending an ‘ark’ with over 300 animals and 5,000 chicks from Shannon Airport as part of its 25th anniversary celebrations.

However, it has not always been plain sailing as the Irish charity has seen its income drop by more than half in recent years.

This started with the knock-on affects of scandals on management pay at organisations such as CRC according to the charity.

“We are down 60% of what we were in our heyday. But look we are still here,” David Moloney, Bóthar CEO, told catholicireland.net.

On arrival in Rwanda the animals will be divided among widows of the genocide of 1994.

The animals will help feed their families and breed so their off-spring can be shared with neighbours and sold to provide much needed income. 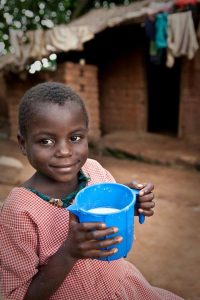 While Bóthar receives donations of animals from Irish farmers, it fundraises to pay for shipping and housing and feeding the animals.

It also trains the people to care for the animals once they arrive in their new homes in Africa, India and elsewhere.

Reports suggest that in its heyday  Bóthar sent up to 5,000 animals abroad each year to needy families.

David Moloney said it is difficult to quantify but tens of thousands of families have benefitted over the years.

He explained that each family who receives an animal gives their first born female to a neighbour, and that neighbour does the same, so the gift of a single cow from Ireland multiplies over the years. 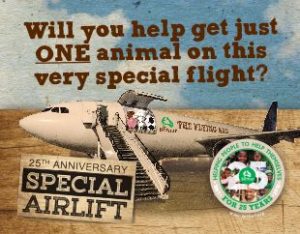 The tenth of October marks the anniversary of the first Bóthar flight, which left the same airport 25 years ago with a cargo of just 20 cows.

It was intended as a one-off by a group of Mid-West farmers, among them legendary farm leader TJ Maher, as their way of marking the 300th anniversary of the Treaty of Limerick.

Quarter of a century later the preparations are all made for the latest flight according to David Moloney.

“This is the most important airlift we have ever pulled together, for many reasons. It’s our biggest airlift in terms of numbers and species and, in that regard, a record in an Irish context.  It also marks our 25th birthday as an aid organisation and what a journey it has been.”

Niall Maloney, Airport Operations Director, Shannon Airport said that his organisation is very familiar with the activities of Bóthar.

“They have been airlifting cows, in particular, from here to some of the most-needy people in the world for a quarter of a century. It’s a remarkable contribution, not least when you think of the organisation’s origins.”

He added, “It was just supposed to have been a once-off.  Thankfully for tens of thousands of people across the world, whose lives have been changed beyond their wildest hopes by the gift of food and income producing animals, it hasn’t stopped rolling since.”