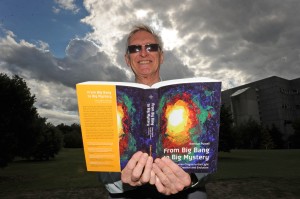 A new collection of essays which investigate the mystery of human origins was launched in Dublin on Wednesday.

‘The Human Voyage of Self-Discovery’ is a collection of essays by a host of leading Irish scholars in honour of Irish philosopher and priest, Dr Brendan Purcell.

It is co-edited by the new Bishop of Limerick, Dr Brendan Leahy.

Dr Brendan Purcell is the author of the critically acclaimed book, ‘From Big Bang to Big Mystery: Human Origins in the Light of Creation and Evolution’ (Veritas, 2011) and a regular contributor to the media in Ireland.

The collection of essays was launched by Professor Teresa Iglesias of the UCD School of Philosophy, where Dr Purcell lectured in logic, psychology and philosophical anthropology before retiring as a senior lecturer in 2008.

The articles guide readers through some of the teachings of significant thinkers, such as Plato, John Henry Newman, Patrick Kavanagh and Chiara Lubich.

Contributors include Thomas Norris, the current spiritual director at the Irish College in Rome; Eoin Cassidy, head of the philosophy department at the Mater Dei Institute of Education; and the new Bishop of Limerick, Most Rev Brendan Leahy, who also co-edited the volume.

Brendan Purcell is Adjunct Professor in Philosophy at Notre Dame University in Sydney.

He was ordained a priest of Archdiocese of Dublin in 1967 and is at present an assistant priest at St Mary’s Cathedral, Sydney. 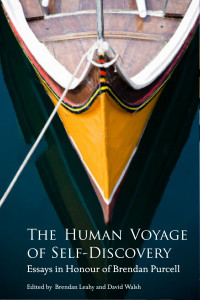 He wrote ‘From Big Bang to Big Mystery: Human Origins in the Light of Creation and Evolution’ which was published by Veritas in 2011.

He is a member of the Pontifical Theology Academy. Recent publications include ‘Treasures of Irish Christianity Volume II: A People of the Word’ (with Salvador Ryan, 2013) and ‘Ecclesial Movements: Origins, Significance and Issues’ (2011).

David Walsh is professor of politics at the Catholic University of America in Washington DC and author of a trilogy on the nature of modernity that includes ‘After Ideology’ (1990), ‘The Growth of the Liberal Soul’ (1997), and ‘The Modern Philosophical Revolution’ (2008).