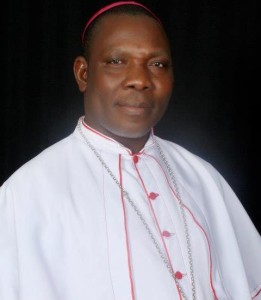 The much lauded cease-fire agreement between the Nigerian government and Boko Haram has proved very short-lived according to Aid to the Church in Need (ACN).

The charity has reported further Boko Haram attacks and kidnappings in Adamawa in the north of the country despite the ceasefire.

Bishop Oliver Doeme of Maiduguri told ACN that both Muslims and Christians have been hurt by Boko Haram’s campaign. He explained that there is a “religious undertone to this whole mess.”

He believes many feel unable to speak up about the push to ‘Islamicise’ the northeastern regions and eventually all of Nigeria.

“What we are witnessing in Adamawa is a clear confirmation of the pursuit of this agenda,” he said.

The Bishop told ACN that people are dying every day and in most cases with no decent burial. Homes and properties are looted and people have become slaves and prisoners in their own homeland.

“Here is a government that cannot safeguard the lives of its citizens. Life has become so cheap that it can be wasted any moment. We use to think that salt is the cheapest commodity in the market place — life is cheaper now, especially in the north eastern part of Nigeria,” he said.

In the latest attacks in Adamawa many young people were forcefully taken and conscripted into Boko Haram and are currently receiving military training.

Women who could not escape were forced to convert to Islam and married out to the terrorists and some of the elderly who cannot escape were killed or left to die from hunger and starvation.

“This is the fate of every single town or village that has fallen into their hands,” he said of the Islamist terror group.

The bishop is gravely concerned about the future, as it is unclear when “Boko Haram will be flushed out of these areas so that our people can come back home. It is our prayer that it happens soon. But no one knows when it will happen,” he said. 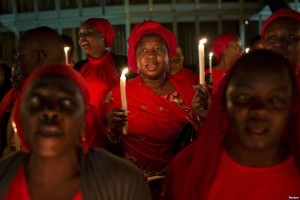 The Diocese of Maiduguri, which covers most of the Nigerian states of Borno, Yobe and Adamawa, has been worst hit by attacks from the extremist Islamic group.

In the past five years, many of the local Catholic community’s churches, rectories, schools, hospitals, shops, ordinary homes and businesses have been damaged or destroyed.

More than 80,000 Catholics have fled their villages.

As a result of Boko Haram’s takeover of many towns and villages in north eastern Nigeria, there are thousands of internally displaced people (IDPs) and refugees seeking shelter and some living in forests and caves.

Caritas Nigeria (sister organisation to Trócaire) is on the ground there and in mid-September it launched a national appeal to support children and families in Maiduguri in Borno State.

At that time the Diocesan Secretary Fr John Bakeni reported to Caritas that already within Maiduguri there were about 9 camps for the internally displaced persons (IDPs) and many more people were fleeing to those camps and over the border to Cameroon.

He reported that several churches had been destroyed. In Pulka, St Peter’s, St Paul’s and the newly constructed diocesan hospital were burnt down.

St Denis Parish in Madagali was vandalised, the priest’s car taken, the rectory vandalised and used as a base for operations by the Boko Haram terrorists.

St Louis in Mataka was also sacked and all the priests and Christians had to flee.

“What we are faced with now in Maiduguri is a huge humanitarian crisis. The urgent needs now are food, medication, shelter and clothing. Many children are out of school and their future undetermined. Trauma is real and our people are dying,” he said.

Boko Haram came to international attention in April this year after kidnapping more than 200 schoolgirls. It is now almost 200 days since the girls were kidnapped according to the campaign Bring Back our Girls.

It had been reported that as part of the ceasefire between the Nigerian government and Boko Haram the latter had agreed to release the 200 schoolgirls. As yet they have not been released.