Home > News > Blessed Teresa of Calcutta to be canonised

Blessed Teresa of Calcutta to be canonised 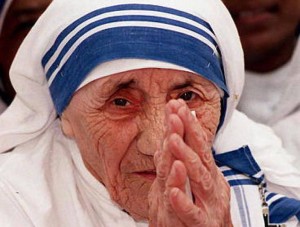 The leader of the Catholic Church in Ireland has welcomed the news that Pope Francis has recognised a second miracle attributed to Blessed Mother Teresa of Calcutta paving the way for the ‘Saint of the Gutters’ to be canonised.

In a statement on Friday Archbishop Eamon Martin said, “With the recognition of this second miracle the Church will soon acknowledge Blessed Teresa as one amongst the communion of saints.”

The Archbishop acknowledged that Blessed Teresa is much loved in Ireland and was a frequent visitor to the country. 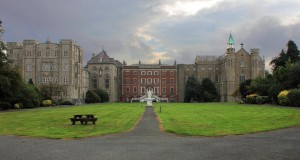 “At the age of 18, Blessed Teresa came here to study English and begin her life as a nun with the Loreto Sisters in Dublin.”

He added that the news “reminds us of the life of mercy that Blessed Mother Teresa lived as one who was ‘merciful as our heavenly Father is merciful’.”

Archbishop Martin asked the faithful to pray to Blessed Teresa, and to remember the intentions of Pope Francis in their prayers at this time.

The miracle relates to the inexplicable cure in 2008 of a man in Brazil with multiple brain abscesses who, within a day of being in a coma, was cured, after his wife prayed through the intercession of Mother Teresa, according to the Italian bishops’ conference’s newspaper, Avvenire.

No date has been announced for the canonisation but there is some speculation that it may take place with the 5 September anniversary of Mother Teresa’s death.

As a strong advocate of compassion and mercy, that would ensure that the canonisation would also take place within the Year of Mercy. 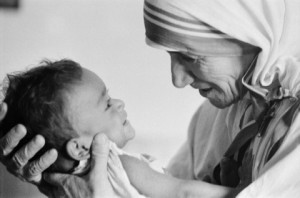 At the time of her death, the Nobel Peace Prize winner’s Missionaries of Charity had nearly 4,500 Sisters and Brothers, ministering all over the world in hospices for the dying destitute, orphanages, homeless shelters and clinics for those with HIV/AIDS and leprosy.

Mother Teresa, born in Macedonia as Agnes Gonxha Bojaxhiu in 1910, was beatified in 2003 in Rome after the Vatican said an Indian woman’s prayers to the nun rid her of an incurable tumour. 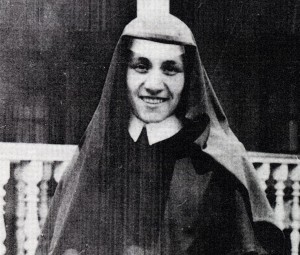 She left her home in 1928 at the age of 18 to join the Loreto Sisters at Loreto Abbey Rathfarnham in Dublin where she was to learn English with a view to becoming a missionary in India.

English was the language the Sisters of Loreto used to teach schoolchildren in India. She never again saw her mother or her sister.

She arrived in India in 1929, and began her novitiate in Darjeeling, in the Himalayan mountains, where she learnt Bengali and taught at St Teresa’s School, a schoolhouse close to her convent.

She took her first religious vows as a nun on 24 May 1931. At that time she chose to be named after Thérèse de Lisieux, the patron saint of missionaries, but because one nun in the convent had already chosen that name, Agnes opted for the Spanish spelling of Teresa.

She took her solemn vows on 14 May 1937, while serving as a teacher at the Loreto convent school in Entally, eastern Calcutta. Mother Teresa served there for almost twenty years and in 1944 was appointed headmistress.

Although she enjoyed teaching at the school, she was increasingly disturbed by the poverty surrounding her in Calcutta.

The Bengal famine of 1943 brought misery and death to the city; and the outbreak of Hindu/Muslim violence in August 1946 plunged the city into despair and horror.

On 10 September 1946, Teresa experienced what she later described as “the call within the call” while travelling by train to the Loreto convent in Darjeeling from Calcutta for her annual retreat.

“I was to leave the convent and help the poor while living among them. It was an order. To fail would have been to break the faith.”

One author later observed, “Though no one knew it at the time, Sister Teresa had just become Mother Teresa.”

She began her missionary work with the poor in 1948, replacing her traditional Loreto habit with a simple white cotton sari decorated with a blue border.

Mother Teresa adopted Indian citizenship, spent a few months in Patna to receive a basic medical training in the Holy Family Hospital and then ventured out into the slums. 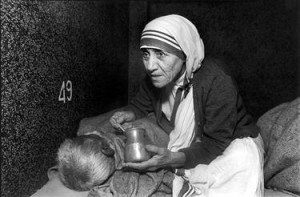 Initially, she started a school in Motijhil (Calcutta); soon she started tending to the needs of the destitute and starving.

In the beginning of 1949, she was joined in her effort by a group of young women and laid the foundations of a new religious community helping the “poorest among the poor”.

Pope Francis is known to be a fan of Mother Teresa’s. During a September 2014 visit to Albania, he told his interpreter that he was not only impressed by her fortitude, but in some ways feared it.

He recounted that he had met Mother Teresa when they both attended a 1994 bishops synod at the Vatican.

According to Vatican spokesman, Fr Federico Lombardi, the then Archbishop Bergoglio had Mother Teresa behind him, nearby, and “he heard her intervene often with great strength, without letting herself in any way be intimidated by this assembly of bishops.”

“And from that he developed a great esteem for her, as a strong woman, a woman able to give courageous testimony.”

Irish NGO, Vita, which fights hunger and climate change in Africa has expressed its delight that its founding patron, Blessed Teresa, is to be recognised for her great work by being made a saint. 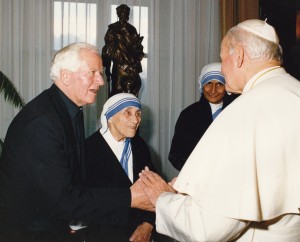 Under the patronage of Mother Teresa, Fr Kevin Doheny and Fr Norman Fitzgerald founded Vita in 1989.

John Weakliam, CEO of Vita said in a statement, “Vita is honoured to have had the support of the Blessed Mother Teresa as a patron. This truly inspiring woman understood the power of giving and dedicated her life to helping people in immediate need to become self-sufficient.”

“She had a particular focus on the plight of marginalised women, we sincerely hope that her wonderful spirit and humanity is reflected in our own work.”

When RTI became Vita in 2005 the focus of the organisation switched, and Vita has evolved to become a development partner with communities in Ethiopia and Eritrea to establish sustainable livelihoods.