Blessed John Sullivan – a model of an ecumenical saint 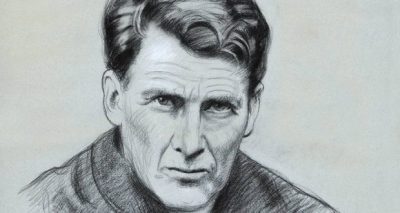 Speaking in the Church of St Francis Xavier, where Cardinal Angelo Amato beatified the Jesuit priest three years ago, the Archbishop said that Fr Sullivan was not a model of ecumenism just because he spent the early part of his life as an Anglican, before converting to the Church of Rome. Rather, it was because Blessed John Sullivan “remained faithful to the understanding of faith that he learned as a child and as a young man”.

“His faith and his humility and his intense prayer life have their root in both traditions,” Dr Martin said before noting that his Church of Ireland counterpart, Archbishop Michael Jackson, had followed the path of Blessed John Sullivan.  Both Archbishop Jackson and Fr Sullivan had been students at Portora Royal School and “both were nourished by the same Christian tradition and spirit”.

The Catholic Primate of Ireland also noted that “Archbishop Jackson is also a friend of Rome”.

Born in Eccles Street in 1861, Blessed John Sullivan studied law in London, where it became his habit to minister to the poor and the ill, providing them with small tokens of comfort when he could. He became a Catholic in 1896, entered the Jesuit novitiate four years later and was ordained in 1907.

He then became a teacher at Clongowes Wood College, but he continued with his practice of ministering to the sick and poor. He also became known for his profound prayer life – every Holy Thursday, he spent five to six hours kneeling before the altar. He died on 19 February 1933. His remains are kept at St Francis Xavier Church on Gardiner Street.

Archbishop Martin took yesterday’s Mass of Thanksgiving as an opportunity to reflect on the nature of communion, noting that Catholics consider full communion with the Bishop of Rome to be an important dimension of faith life.

“The problem is that we often have the idea that the absence of full communion as meaning ‘no communion’,” he said.

“Communion with Rome involves the concept of fraternity in the faith and in the search to understand fully who Jesus is. John Sullivan inspires us along such a path.”