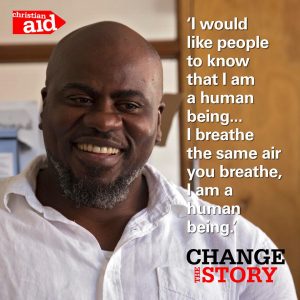 Anglican bishops have joined other senior Church leaders in Wales to call for greater recognition of the plight of refugees and for fairer reporting in the media.

In a joint letter to the editors of several papers, the bishops lent their support to Christian Aid’s ‘Change the Story campaign’ which challenges the negative portrayal of refugees.

They highlight the dramatic rise in race hate crime since the EU Referendum and say the dominance of these stories has stalled political action.

They also state that such stories fail to reflect the generous response to the refugee crisis they see in their communities.

“Today, more than 65 million people are displaced globally, many living under a cloud of fear and hopelessness, hosted in squalid camps in some of the world’s poorest countries,” they write.

“These stories have dominated our media and stalled political action to host refugees and to ensure their rights. But as Church leaders in Wales, these stories of hate do not chime with the generous response we see in our communities, nor do we accept the demonisation of refugees by certain elements of the media and political establishment.”

The bishops recall the rich history of Wales supporting people forced from their homes by violence and conflict. For example during World War I, Welsh communities hosted Belgian refugees fleeing the devastation.

Nowadays Wales is already home to a variety of people – from Eritrea, Yemen, Somalia, Iraq and elsewhere.

Welsh communities have collected clothes for those in Calais, given to emergency appeals to reach those in need in Iraq, Lebanon, the Western Balkans and Greece. They have also prepared a local welcome for Syrian refugees arriving.

“These stories of hope and kindness must be heard,” state the bishops. “We must continue to respond to the needs of refuges with boldness and we must work together as communities in Wales to find unity in our shared humanity and compassion towards others.” 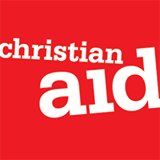 In July, the development agency Christian Aid launched its ‘Change the Story’ campaign to challenge and change the way refugees are portrayed.

At that time Christian Aid pointed out that refugees are fleeing violence, war and oppression.

As well as being “our sisters and brothers” made “in the image of God”, they have a legal right to seek sanctuary.

The charity stated that the language used to depict refugees has too often been dehumanising, demeaning and divisive, whereas refugees enrich the social fabric.

Christian Aid and the bishops have called on the UK government to take action ahead of the UN High Level Meeting on Refugees and Migrants in September. They want the Government to commit to:
– Host higher numbers of refugees, broaden the nationalities accepted, and to accelerate the promised resettlement of 20,000 Syrians;
– Introduce a system of humanitarian visas to the UK, including via third countries;
– Strengthen and implement adequate measures for family reunification;
– Act on its responsibilities to relocate refugees already in the EU.