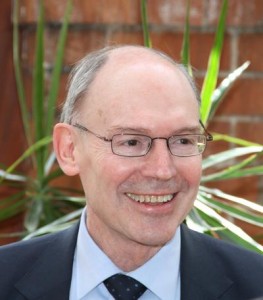 The Irish hierarchy has been urged to consider appointing an advisory group of eight, similar to the group of eight cardinals appointed by Pope Francis to advise him on reform of church governance.

In a document submitted to the Association of Catholic Priests, Mgr Dermot Lane, President of Mater Dei Institute of Education in Dublin, suggested that the bishops should now establish this kind of select group to advise them on reform and renewal of the Church.

He suggested that the group might include a disaffected intellectual, a woman, someone from the business world, a theologian, a religious, lay person active in ministry, a priest, and a bishop.

“This group of eight should be given a clear brief, with a specific timeline, and some resources, which might be funded, for example, by the Bishops’ Conference and CORI and 10% of all weekend parish collections for one month,” he said.

In his discussion document, Mgr Lane writes that the last three years have been “a huge success for the ACP”. He adds, “The ACP has given outstanding support and leadership to the priests of Ireland.”

He warns that this crisis of faith will not be resolved by condemning secularisation, or demonising the secular, or berating the ways of the world.

“The only way forward out of this crisis of faith is by engaging with the secular world as proposed by Gaudium et Spes, by initiating a dialogue between faith and the public square in Ireland, and by attending to “the unquiet frontiers of modernity”.

Addressing this crisis of faith will also require social and cultural analysis of what exactly is happening in modern Ireland today, he suggests.

“In this way faith will be able to find positive points of contact with the secular (eg: the turn to mindfulness, the search for well-being/wellness, the quest for the spiritual…) while critiquing the negative aspects of the secular,” Mgr Lane writes.

This analysis will need the help of the arts, philosophy and theology. It is far from clear that the current methods of the new evangelisation in Ireland are sufficient to the task of addressing the crisis of faith.

He suggests that some of the “urgent issues” facing the Catholic Church at this time include overcoming clericalism, bridging the gap between intellectuals and the institutional Church, healing the wounds revealed in the Ferns, Murphy, and the Ryan Reports, and the regaining of trust among people

He calls for the Church in Ireland to set about establishing a pastoral plan and a theological ‘think-tank’ which would consider how to bring faith into dialogue with society, the academy and the Church; how to establish authentic structures of dialogue at national, diocesan and parish levels; how to recover from the betrayal of trust.

A particular focus for the Irish Church and the ACP at this time should be to give attention to the ever-increasing number of disaffected Catholics, indifferent unbelievers, the growing number of articulate secularists and atheists within Irish society, and the significant number of unbelievers who, nonetheless, continue to be fascinated by the story of Jesus as for example appears to be the case with Scalfari, the former atheist editor of La Repubblica.