Bishops and superiors urged to show sensitivity in appointments 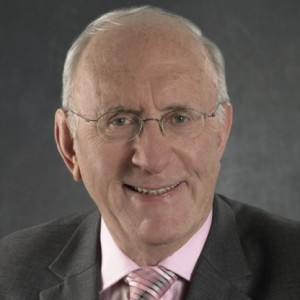 Priests and religious who are appointed to new posts without any dialogue with their bishops or superiors “suffer like refugees” according to a leading expert on bullying.

Dr Tony Byrne CSSP, Director of the Awareness Education Services in Dublin, told CatholicIreland.net that sometimes there is little compassion shown to priests and religious who may be uprooted from their religious houses and presbyteries when clerical appointments are announced.

He accused bishops and religious superiors of being insensitive sometimes to the pain caused to priests and religious by being forced to leave their place of residence and by being de-roled.

He said their treatment was “most unchristian.”

“Some people may say the Church is not a democracy but I say neither should it be a dictatorship or an autocracy.”

The Spiritan said a vow of obedience was never meant to be blind obedience which conflicted with the fact that God gave priests and religious intelligence and free will.

He noted that the psychological adjustments necessary when moving jobs or job location are so significant that they have traditionally been recognised in workplace law. Employees have been compensated for having to change premises.

“If HR services recognise the impact of this then it is certainly valid to ask why, in Christian compassion alone, greater attention and sensitivity would not be paid to priests as well?” Fr Bryne asked.

He said the Church needed to think of parishioners who have to get to know new people, new styles of ministry, and a new personality.

He urged priests and religious who feel, after prayer and reflection, that a new appointment would endanger their psychological or medical health to ask their bishop or superior to reconsider the appointment. Their response should be made in a compassionate way he said.