The Catholic bishops have welcomed the announcement of political talks in Northern Ireland aimed at resolving the issues impeding the effective operation of the Northern Ireland Assembly and “the path to a stable, reconciled future”.

Earlier this week, the Irish Minister for Foreign Affairs and the Northern Ireland Secretary confirmed that the British and Irish governments would become involved in the peace talks.

Speaking from the United States on Monday after meeting US Vice President Joe Biden and Secretary of State John Kerry, Minister Charlie Flanagan confirmed that the US would  also play a role in the renewed peace process which aims to break the deadlock over the divisive issues of among other things, flags and parades. 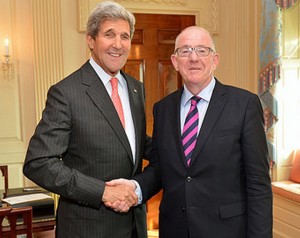 For several months the parties in the power-sharing executive at Stormont have struggled to find agreement on a range of issues including the allocation of reduced funding and unresolved contentious issues.

Recently NI First Minister Peter Robinson said the system of government was “not fit for purpose” and leading members of Sinn Féin and the SDLP called on both governments, with US support, to become more involved in the growing crisis.

Speaking at the close of their autumn meeting, the Irish bishops encouraged all the parties to engage “in a spirit of shared commitment to the common good” and appealed to them to “look beyond purely personal or partisan interests and to keep the shared hopes of present and future generations for a more reconciled and prosperous future to the forefront of their efforts as the talks begin.”

No date has announced for the beginning of the talks, but it is understood they may get under way this month and according to political commentators, conclude before the end of the year.

The bishops expressed the hope that politicians would see the talks as an opportunity to build confidence in the effectiveness of politics and in the capacity of politicians to lead in building a better future for all. 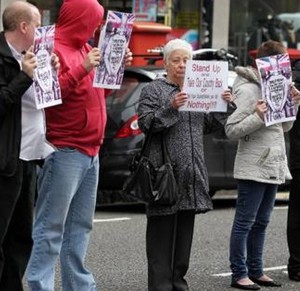 Immense progress has been made in recent years, they said, through the combined efforts of many and they encouraged those involved in the talks “to explore how the partnership between those in the  community, religious and civic spheres, which proved so vital in the past, can be reengaged in the search for solutions to present and future difficulties”.

In particular the bishops appealed to political leaders on behalf of the most vulnerable, to do all in their power “to assist local politicians in building a more balanced and prosperous economy” so as to reduce the alarmingly high levels of child poverty in Northern Ireland.

They were particularly concerned at the impact of the proposed welfare cuts and other reductions in public funding on the most vulnerable.

Both governments, the EU and others needed to continue “to invest sufficient resources in the transition to a sustainable future in Northern Ireland,” they concluded.