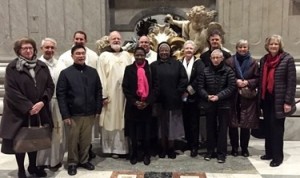 Bishops have a “moral and ethical responsibility” to report abuse complaints to the civil authorities the President of the Vatican’s Commission for the Protection of Minors said on Monday.

In a statement, Cardinal Sean O’Malley, on behalf of all the Commission members warned that, “The crimes and sins of the sexual abuse of children must not be kept secret for any longer.”

“I pledge the zealous vigilance of the Church to protect children and the promise of accountability for all”.

At a recent Vatican conference for new bishops, French cleric, Mgr Tony Anatrella, appeared to suggest that it is not obligatory for prelates to report abuse complaints to law enforcement agencies.

Cardinal O’Malley’s statement also follows criticisms by Marie Collins, the only survivor of clerical abuse on the papal commission, of resistance within the Curia to the Commission’s recommendations.

Monday’s statement said, “We, the President and the Members of the Commission, wish to affirm that our obligations under civil law must certainly be followed, but even beyond these civil requirements, we all have a moral and ethical responsibility to report suspected abuse to the civil authorities who are charged with protecting our society.”

It continued, “In the United States, our Bishops’ Charter clearly states the obligation that all dioceses /eparchies and personnel report suspected abuse to the public authorities. Every year at our November meeting, at a training session for new bishops, this obligation is reaffirmed, and every other February the Conference runs a second training programme for new bishops which also clearly and explicitly includes this obligation.”

The statement also stressed the Commission’s “extensive education efforts” within local Churches over the past two years.

“As the Holy Father’s advisory commission for the protection of minors, we recently shared with Pope Francis an overview of the Commission’s extensive education efforts in local Churches over the past two years and reiterated the members’ willingness to provide this material at courses offered in Rome, including to the annual training programme for new bishops and to the offices of the Roman Curia for their use in their own child protection efforts.”

The Pontifical Commission for the Protection of Minors has just concluded seven full days of meetings in Rome.

Writing in his blog about the Commission’s meetings, Cardinal O’Malley said the meetings of the six Working Groups focused on updates for current projects, and developing and drafting proposals.

Draft proposals were presented to the Plenary Assembly for further discussion and decision about policies to propose to the Pope.

Policies will endeavor to recognise the diversity of information and guidance currently available to the Church around the world.

Examples of proposals being finalised for Pope Francis’ consideration include a request for him to remind all authorities in the Church of the importance of responding directly to victims and survivors who approach them; the finalisation of a Universal Day of Prayer and a penitential liturgy.

Workshops on the legal aspects of the Protection of Minors to establish more transparency around canonical trials, with participation of external collaborators, are planned for later in the year and a report and recommendations will be provided at the next Plenary Assembly.

A website is also being developed to share best practice for the protection of minors around the world.

As an outcome of the Philippines workshop, the Philippine Bishops’ Conference created a child safeguarding office and Pastoral Exhortation on the pastoral care and protection of minors.

A meeting is planned in March in Ghana with Secretaries General of the Symposium of Episcopal Conferences of Africa and Madagascar (SECAM), and a second meeting with child protection practitioners drawn from the Association of Member Episcopal Conferences in Eastern Africa (AMECEA) in Tanzania.

In 2017 the Federation of Asian Bishops’ Conferences (FABC) has requested a workshop with Commission members.

He said the September 2016 meeting of the Commission will have a strategic focus on safeguarding minors in Catholic schools, and will invite contributions from experts in Latin America, England and Wales.