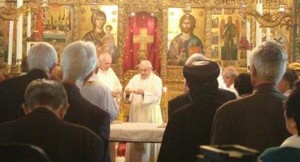 Forty bishops representing sixteen different denominations recently met together on Halki Island, a few kilometres from Istanbul, for an ecumenical conference of bishops.

Amongst the bishops representing the Catholic Church was Bishop Brendan Leahy of Limerick.

The meeting, sponsored by the Focolare movement, has been taking place every year since 1982 to build communion and fellowship among bishops in the light of the spirituality of unity.

The Patriarch of Constantinople, Bartholomew I, was among the delegates at the meeting.

“It is through sincere love, through these meetings that we can meet together in the diversity of our gifts,” he told those present.

Each Church has something to give or say to the others, said Cardinal Francis Kriengsak from Bangkok. “So if we have an attitude of listening, of openness, we can understand one another better.”

The bishops stayed together a full week, studying the theme of unity. “We shared on what the perspective of each of our Churches was on the unity of the Church and the unity of humankind,” Bishop Leahy told CatholicIreland.net.

Considering the fracture of the relationship between the Catholic and Orthodox Churches, the current Abbot of the Halki monastery said that it was not possible to say at what moment the division between the Churches had taken place although traditionally it is given as 1054.

But it had taken centuries for the division to happen, he said, and therefore it had to be  accepted that it was going to take a long time for full healing and unity to take place. 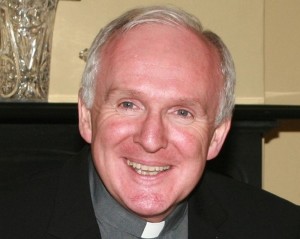 “I thought of what he said in terms of Northern Ireland,” commented Bishop Leahy.

“We have had the Good Friday Agreement, but healing and reconciliation takes time. We can’t let the need for unity go off the agenda. We will always be working for it,” he said.

Bishop Leahy said he the meeting “deepened” him and “expanded” him.

“I think it deepens me because it brings me back to our apostolic mission, rooted in the simple but profound command of Jesus – ‘Love one another’.”

At the meeting the bishops made a solemn pact of unity, promising to live for the dioceses and the pain of each other.

The dialogue with the bishops from different Churches also expanded his soul, said Bishop Leahy.

“We have a different take on things. It is not easy to take the other’s perspectives on board. It challenges you but ultimately it is a good thing.”

Among the issues where there were different understandings were the papacy, role of bishops, the ordination of women and same sex unions.

“In dialogue you get a handle on where they’re coming from,” he said adding “What unites us though is more than what divides us.” 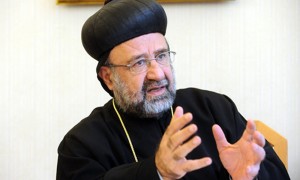 Among those present at the meeting were bishops from regions in the Middle East.

The Orthodox bishop of Aleppo, Gregorios Yohanna Ibrahim, kidnapped in 2013 was a regular attender of these gatherings and at the meeting in Halki the bishops prayed for his safe release, and the release of Metropolitan Boulos of Aleppo.

Cardinal Koch leader of the Council for Christian Unity brought a message to the gathering from Pope Francis.  He was accompanied by his secretary Archbishop Brian Farrell from Drimnagh.

At the conclusion of the meeting, Bishop Leahy expressed his hope for Christian unity.

“I think  if we manage to create a reality here, which we are doing through our love for one another, [this meeting] will have an impact. Perhaps we won’t see it immediately but I do believe this variety of Churches coming together, spending a whole week together, trying to love one another in small everyday ways, will create the presence of Jesus and Jesus can work miracles.”