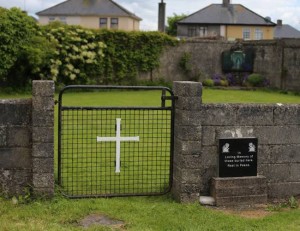 On the second day of its Summer General Meeting, the Irish Catholic Bishops’ Conference issued a statement welcoming the Government’s decision to launch a Commission of Investigation into Mother and Baby Homes.

“We welcome the announcement today of a statutory Commission of Investigation into Mother and Baby Homes in Ireland,” the ICBC statement said.

“The harrowing story which is continuing to emerge of life and death in Mother and Baby homes has shocked the people of Ireland.”

The Irish hierarchy said it was “disturbing that the residents of these Homes suffered disproportionately high levels of mortality and malnutrition, disease and destitution.”

The statement continued, “Sadly we are being reminded of a time when unmarried mothers were often judged, stigmatised and rejected by society, including the Church.”

The Bishops said that this culture of isolation and social ostracising was harsh and unforgiving. “The Gospel calls us to treat everyone, particularly children and the most vulnerable, with dignity, love, compassion and mercy.”

The decision to establish the inquiry follows revelations that 796 infants died at the mother and baby home in Tuam Co Galway over a 36-year period.

The home was established by the Bon Secours nuns in 1925, in what had been a workhouse under British rule. It closed in 1961.

The children, aged between two days and nine years, may have died from malnutrition, measles, convulsions, TB, gastroenteritis and pneumonia according to local historian Catherine Corless.

In their statement on Tuesday, the Irish bishops said they must ensure that all children and their mothers “always feel wanted, welcomed and loved.”

They continued, “Mindful of the words of Jesus, ‘Let the little children come to me, because it is to such as these that the Kingdom of God belongs’, we apologise for hurt caused by the Church as part of this system.”

It is important that the Commission, and all of us, approach these matters with compassion, determination and objectivity, the bishops said.

We need to find out more about what this period in our social history was really like and to consider the legacy it has left us as a people.

Above all we need to enable those who were directly affected to receive recognition and appropriate support.

The bishops welcomed the Government’s intention that the Commission of Investigation will have the necessary legal authority to examine all aspects of life in the Homes.

“The Investigation should inquire into how these Homes were funded and, crucially, how adoptions were organised, processed and followed up,” the bishops said.

We also support the Irish Government’s intention to publish legislation on ‘tracing’ rights for adopted children and their mothers with due regard to the rights of all involved.

The Investigation could seek to establish a clear and straightforward method for ‘tracing’ and put in place the necessary resources to assist those who are searching for their parents or children.

In order to facilitate progress in the Investigation, the bishops encouraged all those who had any responsibility for setting up, running or overseeing the Homes or adoption agencies to gather any documentation or information that might be of assistance.

“We will continue to work at a local level to ensure that burial sites are appropriately marked so that the deceased and their families will be recognised with dignity and never be forgotten.”

They concluded their statement by asking for prayers for all who are personally affected in any way.

Separately, on Tuesday the Church of Ireland Archbishop of Dublin, Archbishop Michael Jackson, issued a statement on Mother and Baby Homes.

In it, Archbishop Jackson said that he had written to the Taoiseach.

Dr Jackson urged the Taoiseach to consider the possibility of marking such grave sites, similar to the memorial provided by the Department of Justice for the Bethany Home in Mount Jerome Cemetery, Dublin.

He said he felt that this initiative has helped address some of the pastoral needs of relatives of those who died as well as the ongoing needs of others concerned with the home.

“While it was run by an independent trust, the Bethany Home is often referred to as the Protestant home,” Archbishop Jackson said.

As the leader of the largest Protestant church in the State, Archbishop Jackson has taken a pastoral interest in the issue and has sought to provide pastoral support for those who have been associated with the home.