Home > News > ‘Solidarity must be the defining value of Budget 2014’

‘Solidarity must be the defining value of Budget 2014’ 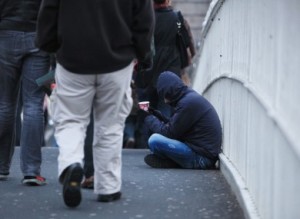 Ahead of the publication of Budget 2014 on Tuesday, seven Catholic social justice groups, backed by the Bishops, have appealed to the Government for an end to “the devastating and demoralising” austerity policies of recent years.

The seven groups have called for solidarity to be the defining value of Budget 2014.

They say there is a need to give hope to those families and individuals who are struggling to maintain an acceptable standard of living at this time.

“We wish to re-state our concern, on the basis of our collective experience, that decisions in social and economic policy in recent years have led to increased poverty, social exclusion and fragmentation within Irish society, giving rise to a culture of blame,” they warn.

The statement continues, “This situation can blind us to the reality that true economic recovery will not be achieved through individualistic responses, nor through the protection of certain sectors of society to the exclusion of others.”

The groups say there is an overwhelming need to give hope to those who are struggling to maintain an acceptable standard of living.  They have proposed that, as a minimum, the Government needs to:

–          Acknowledge and address the impact of inflation and new charges on those dependent on social welfare payments or the minimum wage;

–          Protect and support families through the retention of universal child benefit, together with targeted supports for low-income families;

–          Return to the level of 0.5% GDP in Overseas Development Aid, supported by a multi-annual financing commitment which would allow for more effective planning and give greater security to aid recipients.

In their statement, the social justice groups explain that as Catholic organisations working in the field of social justice, they have come together “to call for the protection of those who are struggling to maintain an acceptable standard of living in Ireland and throughout the world.”

Any further reduction in income, direct or indirect, will have serious consequences, threatening the wellbeing of the individuals and families concerned and damaging social cohesion, which is an essential foundation for lasting and sustainable economic recovery, they warn.

“With each successive budget since the beginning of the current crisis, many of those we work with have seen a steady erosion of the supports that should be available to protect them from poverty and enable them to provide for themselves and their families.”

Falling levels of income, combined with cuts in health, education and social services and the imposition of new charges, are having a deeply damaging effect on the ability of people to care for themselves and others, they claim.

“The cumulative impact of these factors is both widening and deepening social exclusion, with a consequent rise in inequality.”

They say the essential starting point must be to prioritise those measures which will have greatest social benefit by addressing the situation of those in most severe need.

“The declining living standards of people on low incomes need to be addressed. We cannot afford to ignore the implications of increases in the price of essentials, such as food and fuel, and the impact of new charges, on those individuals and families dependent on social welfare payments or the minimum wage.”

The sense of helplessness experienced by many in these circumstances can lead to feelings of isolation and alienation from society, with damaging implications for the future.

Elsewhere in the statement, the Catholic social justice groups warns that child poverty is particularly costly, in both human and economic terms, and needs to be addressed through the retention of universal Child Benefit, combined with targeted supports to meet the particular needs of low-income families.

Ireland’s Overseas Development Aid (ODA) programme continues to have a significant impact on the lives of some the world’s poorest communities, but they say that in recent years Ireland’s commitment to the provision of this vital lifeline has weakened.

“Solidarity demands that we reverse this trend by increasing the level of ODA to 0.5%, recommitting ourselves to the target of 0.7% and providing a multi-annual financial framework, which would allow for more effective planning and give greater security to aid recipients.”

They conclude, “By prioritising solidarity in Budget 2014 our elected representatives would give some hope to those who are suffering as a result of poverty and social exclusion.”

“This Budget is an opportunity to reverse the growing social fragmentation of recent years by rebuilding relationships on the basis of trust and mutual support.”