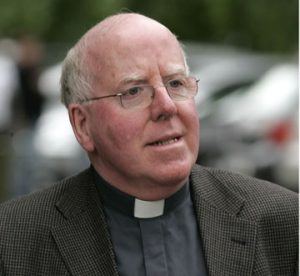 The launch of the report, entitled ‘Religious Freedom in the World Report 2016’, was held in the Newry Conference and Banqueting Centre in Newry, County Down.

The report, compiled by Aid to the Church in Need (ACN), covers 196 countries and highlights 38 states where there is evidence of ‘significant’ violations of religious freedom.

Speaking at the launch, Bishop McAreavey said the document was “imbued with a love and concern for the entire human family.”

He said “I would like to begin with the words of Father Jacques Mourad, a Syriac-Catholic priest who was held by ISIS for five months. Father Mourad states in the foreword to this report that if religion teaches us anything it is the value of the human person, the need to respect each other as a gift from God. So surely it must be possible both to have a passionate faith in one’s religious beliefs as well as to respect the right of others to follow their conscience, to live out their own response to the love of God who made us all.”

Bishop McAreavey added that Father Mourad’s words and the report as a whole encapsulated “a foundational aspect of Christian teaching, namely a deep and deliberate love for all human beings regardless of differences in social position, racial background or religious faith.”

He added that “this impressive report, far from being a selective piece of research concerned only with our own Christian family, is imbued with a concern and love for the entire human family.”

He continued: “It provides a rounded overview of religious freedom around the world by assessing the situation of many faith communities who are under attack, including Yazidis, Jews, Ahmadiyya Muslims and of course Christians … [T]his report serves a very simple but powerful role: it is a plaintive statement of wrongdoing. It is a raising of our voices for those who have no voice. It seems to me that without first identifying exactly the nature and the extent of wrongdoing, one can never fully address the wrongdoing.”

He said that “Strangely, this report gives us hope by allowing us to examine the extent and full horror of those who suffer for their faith across the world. Our work now – thanks to the efforts of ACN – must surely be to challenge religious intolerance and persecution as a fundamental breach of human rights.”