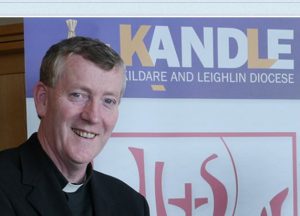 The permanent diaconate is still very much in the early stages of roll out, Bishop Denis Nulty has told ordained and discerning deacons and their wives.

He added that the permanent diaconate: “has the capacity and capability of changing the face of the Irish Church.”

There are over sixty deacons working in several dioceses in Ireland and there will be one hundred within the next three years – mostly along the East coast. He added: “It still is very early days in the ministry and indeed the understanding of the diaconate.” 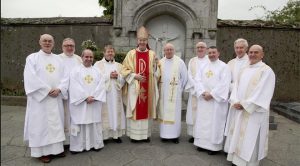 Bishop Nulty was present with eight deacons who have been ordained, and their wives, who shared their experiences and impressions with six new discerning deacons and their wives.

The six will undergo much of their formation within the Diocese, whereas the ordained deacons had had the added burden of travelling to Dublin for their formation.

In his homily at a Mass with the deacons, Bishop Nulty spoke of the message of Pope Francis to the World Youth Day about having boots laced and being active players on the field.

“I suggest the diaconal calling invites us similarly to have our boots laced in the middle of the fray witnessing to the gospel of mercy and compassion. A deacon who is more present in the sacristy and sanctuary and not lingering on the edges with the broken and the bruised is missing something that is fundamental in his calling,” he said.

He thanked those present for their witness, and for patience as everyone in the Church becomes accustomed to having deacons in their midst. 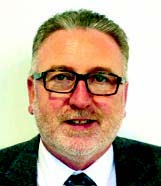 He was ordained three years ago and said he has enjoyed every minute of his very active ministry in the parish.

“A lot of what I do could be done by a lay person, but I think the grace of ordination and the diaconate gives me the courage and confidence to be effective,” he said.

He added that each of the eight deacons have a different experience of ministry. Some are doing less parish work, some have newborn babies and others college graduates among their children. Apart from parish work, deacons also have their own day-jobs as well as family life.

Patrick Roche is married to Mairéad and has three children, Tessa, Lucy and Patrick, and when he started out they were in primary and secondary school.

Bishop Nulty thanked the wives of the deacons by name and added: “whatever about the history of deacons, the history of the inclusion of lay women in our church has been equally thin and sparse; we are still in the early stages of understanding the gifts and the uniqueness that the woman’s voice brings to church matters.”

He said that deacons’ wives occupy an “unequalled position” in the Catholic Church structure.

“They are married to ordained clergy and they are expected to be part of the formation process. At the end of that training and formation, the deacon is ordained; the wife is not,” he said.

Patrick Roche said that during his training he, and his wife in particular, had concerns that their children might be bullied in school or held to higher standards in the parish. However, this was not a problem for the Roche family, and as teens and young people they were free to explore their own faith and commitments.

However, he does not want to see the permanent diaconate as something that discourages lay involvement.

“I set out from the outset to ensure I was not a barrier, or that because I was there, that others would feel they could walk away and I would look after it,” he said.

He added that deacons need to be conduits through which lay people can get more involved and participate further in the parish.