Incoming Bishop of Derry pays tribute to the city 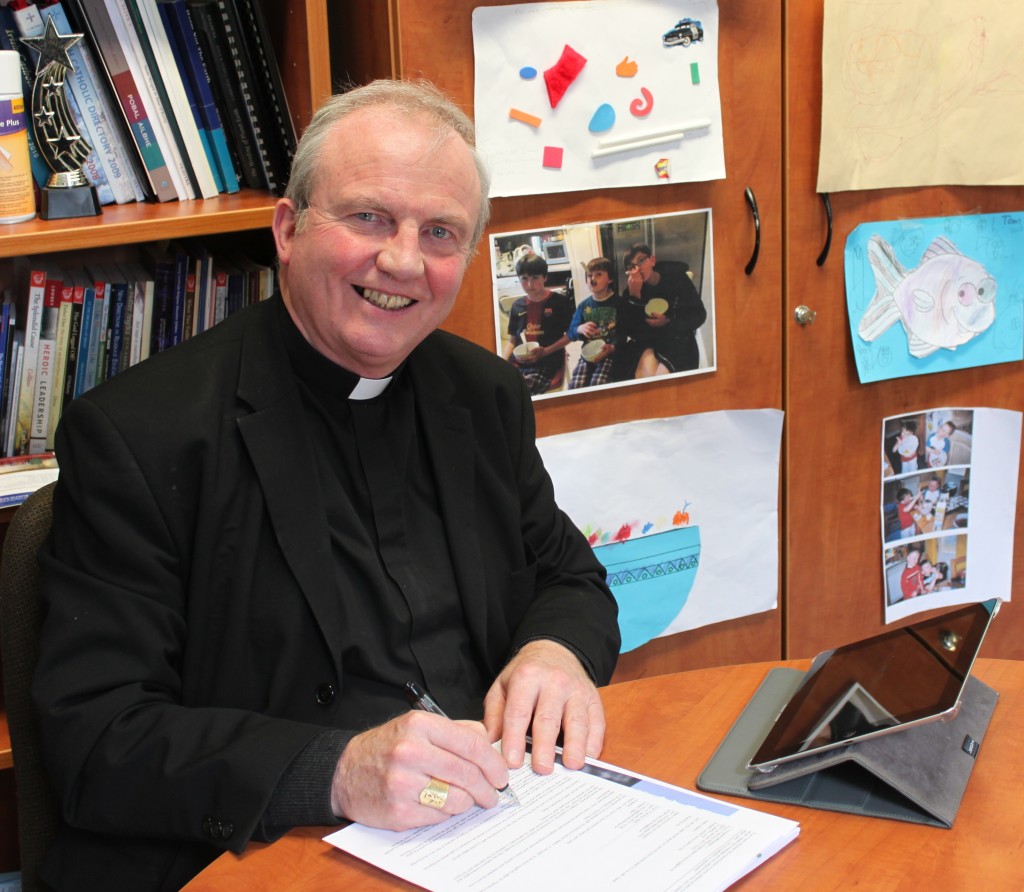 The incoming Bishop of Derry has paid tribute to the city’s “cultural pride” and the contribution of John Hume locally and nationally.

Speaking to CatholicIreland.net about his appointment and installation on 6 April, Bishop Donal McKeown said Derry has always had that sense of its own integrity.

Comparing the diocese he is leaving with the one he is joining, Bishop McKeown explained that Down and Connor is the only diocese in Ireland where “within its footprint Catholics are a minority.”

He added that demographically the population balance was quite different in Derry compared to Belfast.

“In the Derry diocesan area, those who would count themselves as Catholics would not be in a minority – that makes a difference. In Belfast, you still feel a little bit on the side of things. It is not quite your city, even though things have changed enormously.”

Asked about the place of the Church in Ireland today, the Bishop said, “We are living in an age where all institutions are suspect from politicians to bankers to footballers.

Pope Francis has been good not just for Churches but for civic society as well he suggested.

“I think all religions benefit from a figure who is seen as warm and human and humane and who practices what he preaches. That has been good not just for Churches but for civic society as well – to be able to say that is a leader and a good person.”

He said Pope Francis’ simplicity and call to idealism had struck a chord with even the most secular elements in society.

He said Pope Emeritus Benedict XVI had been “very strong” on the crisis in the Church and civil society.

“Our task is to see how we can actually be of service to our society, to try and generate hope because if you have lost the institutions, there is a real uncertainty about the future. How can we create hope and create some semblance of belonging and the ability to face the challenges that are out there.”

Bishop McKeown said the question for parents with children presenting for confirmation is not whether their child is saying the rosary every day but will they survive until they are 21?

“Part of the wonderful social capital that we have in our faith communities is that which enables us to engage with what people recognise are problems and give them course with which to face them rather than just be crushed by them,” the sixty-three-year-old said.

The native of Randalstown added that Pope Francis has been speaking “a remarkably candid language about the need for bishops to listen, not just to the people that are going to say what you want to hear.”

Speaking about the sense of renewal in the Church at the moment, Bishop McKeown told CatholicIreland.net, “I think we are in a springtime in the Church. Springtime doesn’t just mean that daffodils are growing up; it means the weeds have to be pulled out, the ground has to be tilled and sewing has to take place, even if we aren’t going to reap the harvest.”

“But spring is always a time of hope. Our task is to sew the seeds that will bear fruit. We didn’t ask to be where we are now, but it is where we are. And our task is to engage with that reality and bring healing and renewal of relationships and to be at the service of the broken hearted of the world,” he said.