New bishop warns of shallow promises in bling and botox 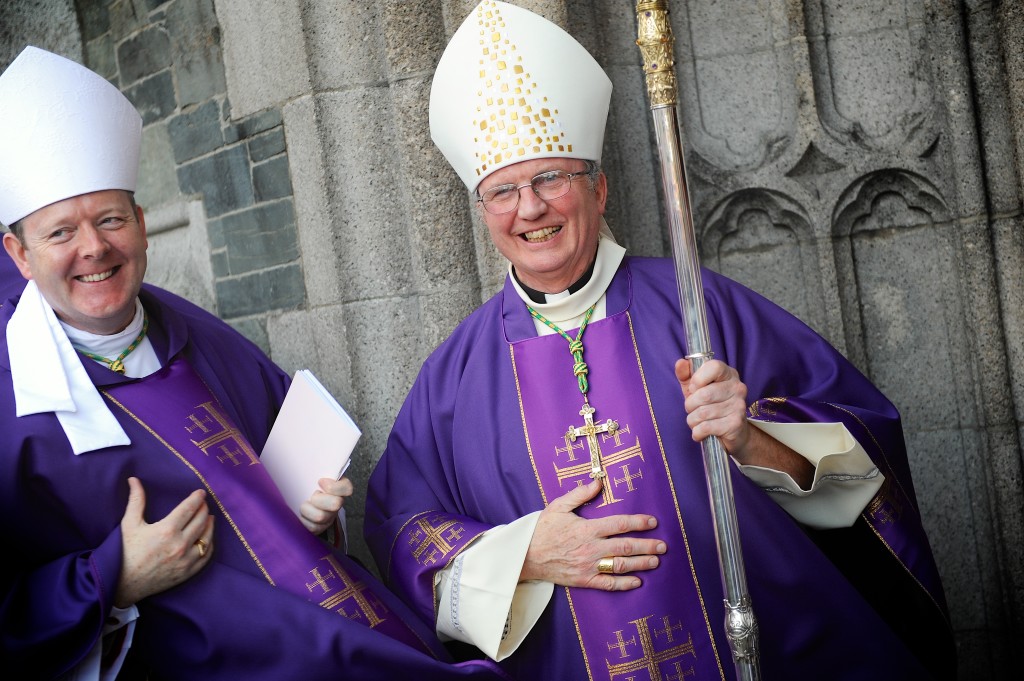 There is much work to be done by Irish society and its Churches if a new springtime is to bear fruit, the new Bishop of Derry has said.

In his homily on Sunday at his Mass of installation, Bishop Donal McKeown said how we work today in the hard ground that characterises the peripheries, will determine where the next generation will be able to dream.

Otherwise, he warned, they would just be trapped in a cycle of recurrent nightmares, devoid of hope and victims to shallow promises of salvation through bling and botox.

“In this springtime of our society and our churches in Ireland, there is much work to be done – the ground needs to tilled, the weeds removed, the new seed planted. We may not be the ones to reap the harvest,” he told a packed St Eugene’s cathedral. 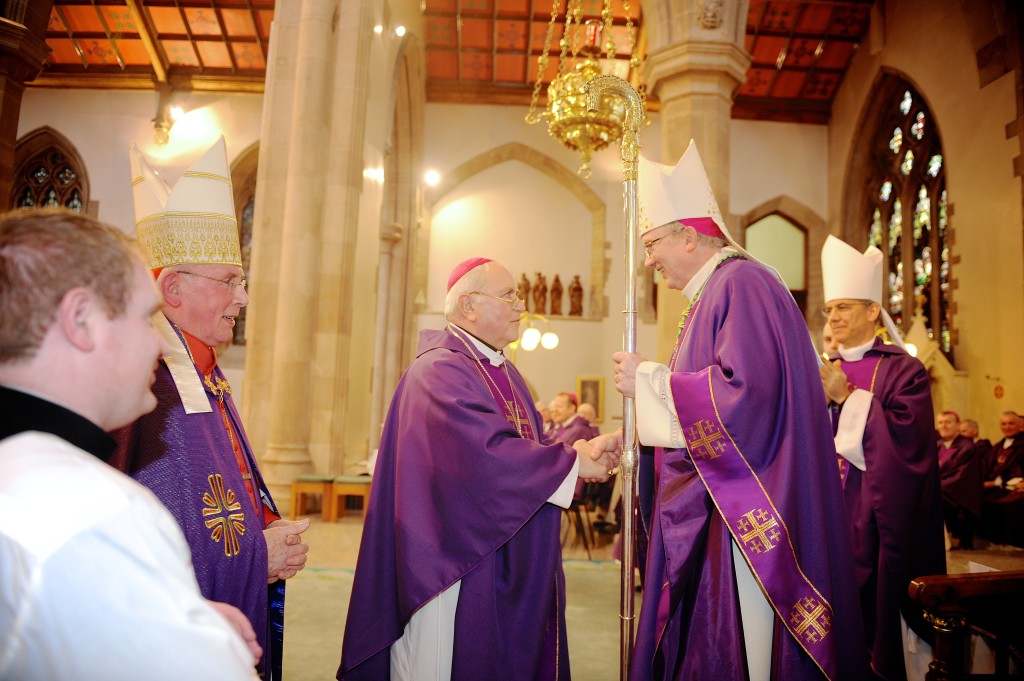 Priests and people are called to speak of God’s hope for the world in a culture that feels battered by the economy, fearful of climate change, cowed by the fear of violence and sadly disappointed in the lack of integrity in many parts of the church.

“As Christians of various traditions, we have an opportunity and a duty to be sources of hope, especially when political sclerosis seems to have afflicted out body politic,” Bishop McKeown told the congregation of fellow bishops, priests, family and friends.

He said many politicians are embarrassed at the failure of the NI Assembly to focus on delivering the reforms that people need.

“But, as Churches, we cannot merely criticise them. We have the chance to play the part of critical friends, speaking on behalf of the many who feel that human need are being neglected in the service of political priorities.”

“There is no more room in society for self-referential politics than there is for a Church that falls prey to ecclesial introversion.”

God has a dream for each of us, for we are all made in the divine image and likeness, he commented.

A missionary church must ensure that all we do is channelled for the evangelisation of the world and not for our own self-preservation.

The joy of the life-giving Gospel will not be seen in a church that is buried in selfishness or smelling of ‘a defeatism which turns us into querulous and disillusioned pessimists, “sourpusses”, the Bishop warned. 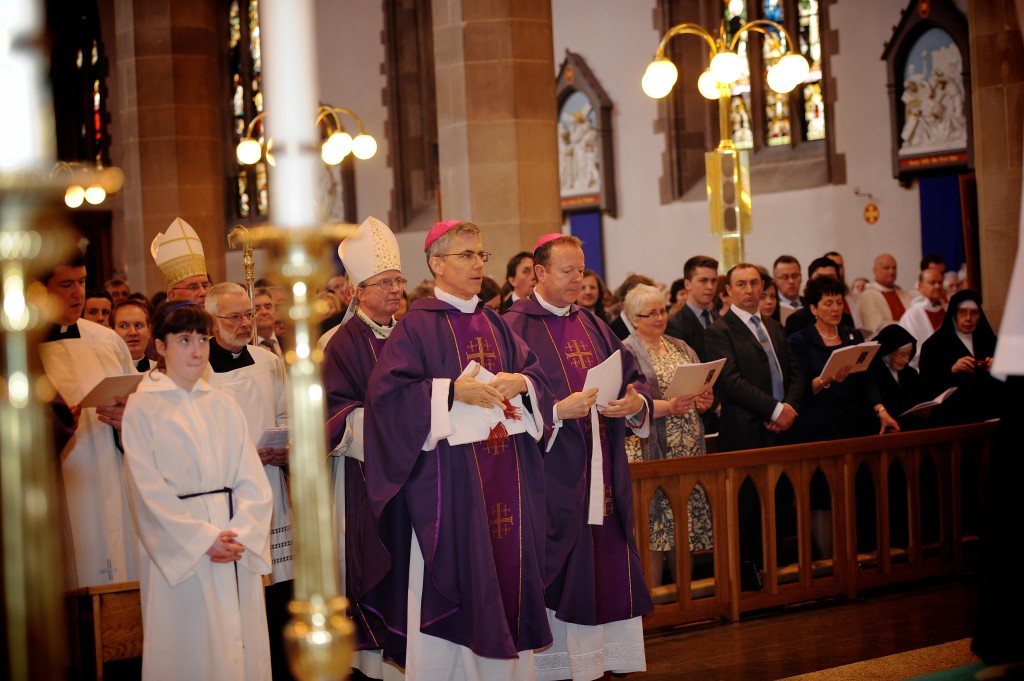 “Our society knows many places where people feel discarded or beyond hope. Many people feel prisoners of their past while others seem to glide on, presumed masters of their future.”

“That can happen because of neglect and abuse in its multiple forms; it can come from ill health or lack of satisfying chances to contribute to society; it can be reinforced by being labelled in education or social status; it can be born from the mistakes that they or others have made.”

He said Pope Francis is “quite explicit that many people feel crushed by the economy of exclusion, scorned by the new idolatry of money, victims of a financial system which rules rather than serves and prisoners of the inequality which spawns violence.”

“In saying this he is not being modern or new. He is simply reflecting the Jesus of the Gospel. And he is not just speaking about some foreign lands, his words can find echoes in our own country as well.”

Noting that there are two weeks left in Lent, the new Bishop said that perhaps the unruly word of God wanted to remind the faithful that the road to Calvary is not just a season of the year but a season of the heart.

“Renewing the face of the earth cost Jesus his life on the Cross. There is no cheap grace on this side of Resurrection,” he said. 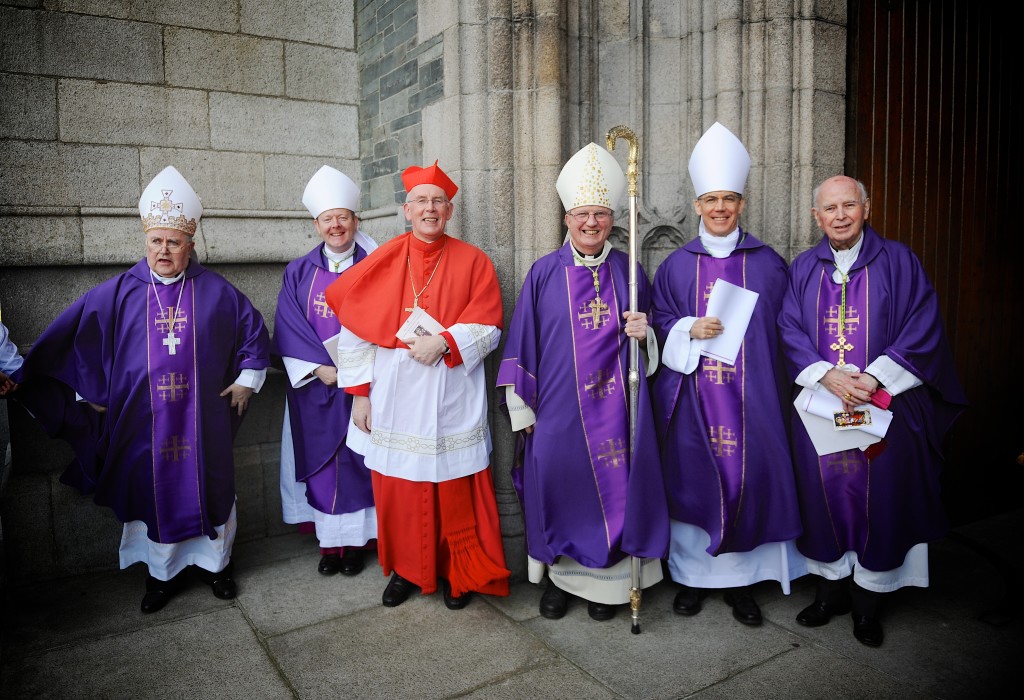 Ahead of Bishop McKeown’s episcopal ordination, Rev Robert Miller, Rector of the Church of Ireland’s Christ Church, which is situated close to St Eugene’s Cathedral in Derry city, along with his congregation, warmly welcomed the Bishop when he visited their church on Sunday morning.

Rev Millar offered his own prayers and that of his congregation to Bishop McKeown as he begins his new ministry in the diocese and he presented him with a Book of Psalms for his special day.