Home > News > Criticism of reliance on Churches for safety nets

Criticism of reliance on Churches for safety nets 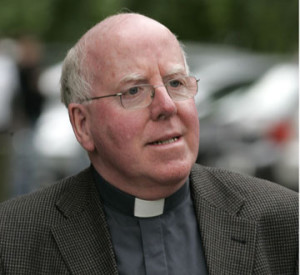 The Chair of the Bishops Council for Justice and Peace has criticised the over-reliance on Churches to provide a safety net when people are failed by inadequate social welfare provision.

In an address on Friday, Bishop John McAreavey said no one wanted to see a situation where people are trapped in benefit dependency.

However, he warned that there must be adequate safeguards in place to ensure that people can achieve an acceptable standard of living, in which their basic human rights are protected.

The Bishop of Dromore made his appeal in an address to the Conference of the Irish Human Rights and Equality Commission Designate and the Northern Ireland Human Rights Commission on the theme ‘A Human Rights Approach to Tackling Poverty and Social Inequality’.

Elsewhere in his address, he criticised the spread of food banks across the island of Ireland as an indictment of Irish society.

“Individuals and families should not have to rely on charity to feed themselves and their families,” he said.

He called for social policy, North and South, to reflect the generosity that has been so evident in our local communities throughout the economic crisis of recent years

Emphasising the important links between Catholic Social Teaching and the development of thinking and practice in the area of human rights, Bishop McAreavey stated that churches and human rights organisations have ‘common cause’ in working to address poverty and social inequality.

He suggested that a powerful illustration of urgent social need can be seen in the spread of food banks across this country, many of which have been established by churches and faith-based groups.

“The individuals and organisations who are running them are to be commended for taking action to address injustice. However, I would want to stress that their existence is an indictment of our society; individuals and families should not have to rely on charity for food. Food banks cannot be allowed to become a long-term institution,” the Bishop said.

Of education’s role in addressing social inequality, Bishop McAreavey criticised the “divisive system of academic selection” which he said was still failing so many of our young people, as well as schools and teachers in Northern Ireland.

“We need to realise that what is happening here is not only academic selection but also a social selection that exempts some schools from the responsibility to support those with the greatest economic, social and educational needs.”

“Other schools face the challenge of supporting pupils whose sense of self-esteem will often have been seriously damaged by a process that brands them as failures at such a young age.”

“This is why the Catholic Bishops in Northern Ireland have made a commitment to moving away from academic selection as the basis of entry to post-primary schools – as a matter of justice.”

On the issue of migration, Bishop McAreavey referred to the experience of emigration in so many families and communities in Ireland.

He said all the challenges that it brings should make us acutely sensitive to the needs of those who immigrate here; “yet we still have a long way to go before policy in this area conforms to the highest human rights standards.”

“It is a particular source of regret that migrants in recent times have suffered increasing instances of hate crime and racial abuse. We welcome the commitment of both police and political leaders to address this injustice as a matter of urgency.”

Drawing on the unequivocal commitment to the eradication of social inequality, expressed in Pope Francis’ Evangelii Gaudium, Bishop McAreavey concluded: “There can sometimes be important differences in understanding and approach between churches and secular human rights organisations on certain issues, such as our understanding of the nature of marriage and the duty to protect the right to life from conception until natural death.”

“This should not, however, cause us to lose sight of the fact that there are many issues on which we can make common cause. This is particularly the case in the areas of poverty and social inequality. Through what we bring from our respective fields of expertise and experience, we compliment, support and enrich one another.”