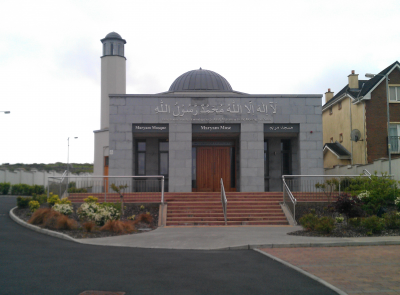 The Bishop of Galway has expressed his dismay and shock over the “wilful and malicious assault” on the Maryam Mosque in Galway city.

In a statement on Monday, Bishop Brendan Kelly said he “wholeheartedly” condemned the actions of the perpetrators.

An investigation is under way after worshippers arriving at the Ahmadiyya Muslim mosque on Monday morning discovered a considerable amount of damage including broken windows and furniture as well as stolen CCTV footage.

Bishop Kelly visited Iman Ibrahim Noonan on Monday “to assure him of my personal support and prayers and to convey to him the very deep sense of outrage felt across our community”.

“We stand in solidarity with our Muslim neighbours. With them, we reject violence, we reject division and we reject hate.”

He asked all people of goodwill to keep Galway Muslims in their hearts and prayers.

The bishop’s comments were echoed by Islamic theologian Shaykh Dr Umar Al-Qadri, who is Chair of the Irish Muslim Peace and Integration Council.

The Shaykh, who is Chief Imam and Mufti of the Islamic Centre Ireland, praised the Minister for Justice, Charlie Flanagan, for “great leadership” in his message of solidarity to the east Galway Muslim community and his commitment to religious freedom.

In a tweet on Monday afternoon, Minister Flanagan said he was “greatly disturbed” by the attack.

“A Garda investigation is under way and I urge anyone with information to come forward,” he said as he assured “worshippers that their freedom of religion will be protected.”

Speaking to the Irish Mirror, 54-year-old Imam Ibrahim Noonan said a man had tipped him off that a racist gang were planning to attack him and the mosque.

The Waterford-born Imam said, “One person who belonged to that group, an Irish chap, he warned me that there is a far right wing group who plan to attack the mosque and also to target me.

“He felt the need to warn me regarding that.

“He said ‘you are known for standing up against extremists in the Islamic world.’”

The Imam said several windows on either side of the mosque were smashed, as well as the front windows of his office and a glass door in his office. “My office is completely destroyed,” he explained.

He described the damage as a “vicious attack”.

Galway’s Maryam Mosque, which is the headquarters of the Ahmadiyya Muslim Association Ireland, was also vandalised in July 2017.