Home > News > New Bishop of Elphin to be ordained today

New Bishop of Elphin to be ordained today 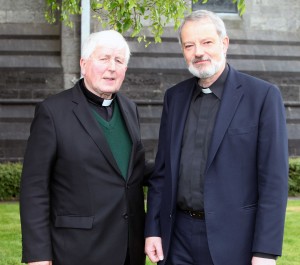 Bishop Christopher Jones will be the principal ordaining bishop at the Episcopal Ordination Mass of Bishop-elect Kevin Doran in Sligo later today.

The apostolic nuncio, Archbishop Charles Brown, and Archbishop Michael Neary of Tuam will assist while priests from Elphin, Dublin, and other dioceses and religious congregations have been invited to concelebrate the Mass at the Cathedral of the Immaculate Conception.

Pope Francis appointed Fr Kevin Doran as Bishop of Elphin on 14 May 2014.

Speaking to CatholicIreland.net a couple of weeks ago about his forthcoming ordination, the incoming bishop paid tribute to Bishop Jones.

He continued, “I think Bishop Jones has put a tremendous amount of energy into making sure that it is a diocese where the people are very actively involved. It has a very active functioning pastoral council so I would be confident that I wouldn’t be going in and doing something in isolation from a lot of work that has already been done.”

The Diocese of Elphin has 37 parishes, 90 churches and a population of over 100,000. It includes portions of counties Roscommon, Sligo, Westmeath, and Galway.

Bishop-elect Doran told CatholicIreland.net that one of the things he is “very encouraged by” is the “very active interaction between the bishops of the western provinces.”

The future leader of the Diocese of Elphin said there was “a lot of sharing of wisdom”.

“One of the things I feel confident about, having worked closely with a lot of the bishops over the last number of years on things like the International Eucharistic Congress and vocations, is that I am going into a situation where there will be support and the opportunity both use my own gifts and to build and draw on the gifts of others.”

The patrons of the diocese are Saint Asicus (27 April) and Our Lady of the Immaculate Conception (8 December).

He has two siblings Colette and Patricia. He was ordained a priest for the Archdiocese of Dublin.

Fr Doran was ordained a Deacon on 6 May 1976 in the Pontifical Irish College by the late Bishop Dominic Conway (former Bishop of Elphin 1971–1994) in Rome, and was ordained a priest on 6 July 1977 by Bishop Patrick Dunne, in Our Lady of Victories Church, Sallynoggin, Dublin.