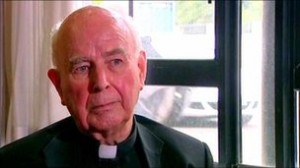 Retired Bishop of Derry, Dr Edward Daly, has paid tribute to Jim Cantwell, the former press secretary to the Irish Bishops who died in Dublin on Thursday.

In a statement issued on Friday, Bishop Daly said he was “greatly saddened” by the news of the death of “a good friend and colleague.”

Mr Cantwell was the first director of the Catholic Press and Information Office in Ireland, a role he served in for over twenty-five years before he retired in 2000.

Recalling his appointment in the 1970s, Bishop Daly said that it was decided at a special meeting of the Irish Episcopal Conference in Mulrany in 1974 that, in line with recommendations of the Second Vatican Council, a Press and Information Office should be established to serve the Irish Church and the Irish and international media.

“I was tasked with setting up this office,” the Bishop recalled. The Press and Information Office was established and opened in Booterstown Avenue in Dublin in February 1975.

“Jim Cantwell was chosen from a multitude of candidates to head the office and became the first Press and Information Officer for the Irish Episcopal Conference.  He served in that post for the next 25 years,” Dr Daly said.

Before his appointment, Jim Cantwell worked as a journalist with the Catholic weekly, The Universe.

“He was a native of Waterford, a fine journalist and a most pleasant, affable person.  He was greatly respected and liked by his fellow journalists and the bishops.  He gained an encyclopaedic knowledge of the Church here in Ireland and around the world.”

Recalling Mr Cantwell’s role in co-ordinating the coverage of Pope John Paul II’s visit to Ireland in 1979, Bishop Daly said, “Jim was in charge of the press office during the Papal pilgrimage to Ireland of Blessed John Paul II in 1979, which was the third of his pontificate.” 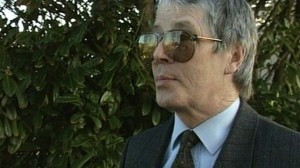 He also served the Irish media for major events like the canonisation of St Oliver Plunkett, the death of Pope Paul VI, the elections of Pope John Paul I and Pope John Paul II and various consistories and other events.

“In his latter years he had the most difficult task of dealing with the fall-out from the various issues that beset the Church in the 1990s,” Dr Daly stated, a reference to Mr Cantwell’s role in producing the Irish Church’s first guidelines to deal with clerical child sexual abuse.

“Jim had vast knowledge of conclaves and papal elections and was the author of various authoritative articles on these matters. He always prepared his work methodically and with great diligence”, the Bishop said of his former colleague.

Offering his “sincere and heartfelt sympathy” to Mr Cantwell’s wife, Eileen and to his family, children and grandchildren “whom he greatly loved”, Bishop Daly added, “Jim Cantwell was a man who served the Church and people, who worked in the media with unfailing courtesy, respect and professionalism.”