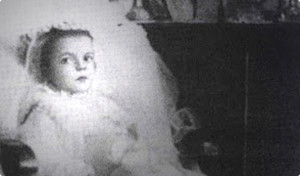 The Bishop of Cork & Ross has said he would like to see the remains of Cork’s unofficial patron saint ‘Little Nellie of Holy God’ reburied in a site that is more accessible to the public.

In an interview for a new three-part radio documentary, produced and presented by John Greene for C103, Bishop John Buckley said he felt it would benefit those with a devotion to the saintly Cork child.

The seven-year-old, whose holiness was renowned in her own lifetime, died on 2 February 1908 at the Good Shepherd convent in Sunday’s Well in Cork City.

She was buried in St Joseph’s Cemetery and a year later she was reinterred in the convent grounds.

In 2006, planning permission was granted for the redevelopment of the Good Shepherd convent but that project never got started and the land and convent grounds have stayed locked and off limits to the public since.

Bishop Buckley also suggested that while the convent, which was destroyed by a fire in 2003, and its grounds remain derelict, the bank which appointed the receivers to manage the site should be approached in a bid to facilitate public access.

“As devotion grows to Little Nellie, we should ensure that maybe her remains are exhumed again, and placed in a more public place, where people could come and pray to her,” Dr Buckley said.

Little Nellie of Holy God was born Ellen Organ in Waterford in 1903. Her family moved to Cork in 1905 when her father, a member of the Royal Artillery, was transferred to Spike Island.

When her mother died, Nellie and her sister were placed into the care of the Good Shepherd Sisters at their industrial school in Sunday’s Well.

Despite her young age and poor health and the fact that she was in constant pain, Nellie astounded people with her strong faith, knowledge of Catholic doctrine, and holiness. She lived eight months under the care of the Good Shepherd Sisters and spent most of her time in the infirmary.

Organ referred to God as “Holy God”, and she loved to visit the chapel which she called “the House of Holy God”.

When told the story of the suffering and death of Jesus she burst into tears. It is claimed that she developed a mysterious awareness of the Blessed Sacrament.

The then bishop of Cork, Bishop O’Callaghan, was so impressed with her use of reason and devotion to the Eucharist that he granted her special permission to receive Holy Communion aged just four-and-a half.

When Nellie died in 1908, witnesses said she appeared to see something at the foot of her bed which caused her to smile and her eyes to well with tears. She followed that ‘something’ with her eyes, looking overhead, when she died.

Her life story influenced Pope Pius X in his decision to issue Quam Singulari which lowered the age of Communion for children from the age of 12 to 7.

Over the years, her grave became a place of pilgrimage. The Good Shepherd convent chapel was dedicated to her memory and her room was preserved for almost a century but that was destroyed in the 2003 fire.