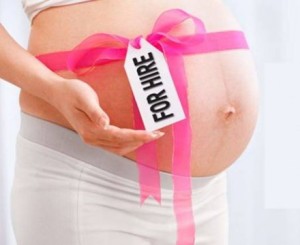 In an affidavit filed with the Indian Supreme Court, the government said it was planning a comprehensive law that would limit the use of surrogacy to married, infertile Indian couples.

Surrogacy would not be available to foreigners, the Indian government said.

Bishop Dabre said he was “totally in favour” of the government move.

“The Church does not support surrogacy in any circumstances because it is morally and ethically wrong,” said Bishop Dabre, a member of the bishops’ doctrinal commission.

Commercial surrogacy was introduced in India in 2002, allowing a process in which a woman is paid for carrying the embryo of another couple — created through in vitro fertilisation — to childbirth.

“Hiring bodily elements is not morally right according to Catholic teaching because it commercialise the human body,” Bishop Dabre said.

He said the Church supports childbirth from “the relationship of lawfully married couples through a natural process.”

“Surrogacy violates the sanctity of marriage and human life itself because it is unnatural,” he stated.

Reports suggest at least 1,000 Indian women are hired every year by overseas couples to bear babies for them.

One surrogacy clinic in Gujarat in 2004 produced more than 500 surrogate babies — two-thirds for foreign couples, while the rest were for people of Indian origin living overseas, Reuters reported in 2013.

Cheap medical care and the abundant availability of poor women make India a favourite place for commercial surrogacy, according to Reuters.

Estimates show each surrogacy costs some US$30,000, with the surrogate mother earning an average of $7,500.

Many have criticised it as exploiting the poverty of Indian women.

A UN study on transnational surrogacy in 2012 said reproductive tourism in India is a $400-$500 million business with some 3,000 fertility clinics across the country. (Source: UCAN)