Home > News > Bishop Appeals for Information on Fate of Disappeared

Bishop Appeals for Information on Fate of Disappeared 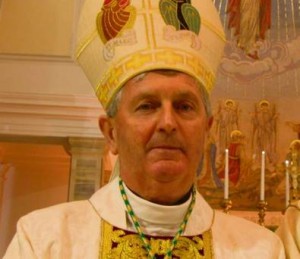 Bishop Michael Smith of Meath has appealed for information on the remaining seven victims abducted and killed by the IRA during the Troubles.

Speaking at a prayer ceremony in Oristown, Co Meath, Bishop Smith said urged anyone with any information to come forward and put an end to the pain of the families.

“One would hope that the maturity of years and an appreciation of the deep-seated pain still blighting the lives of the families, as well as being true to one’s conscience, would encourage anyone with even the slightest piece of information to come forward,” Bishop Smith said and added that the victims had endured “horror and barbarity.”

The ceremony was organised by the WAVE Trauma Centre for family, relatives and friends of the Disappeared.

The Bishop of Meath also paid tribute to the work of the Independent Commission for the Location of Victims’ Remains, which was jointly established in 1999 by the British and Irish governments to co-ordinate searches for the bodies of the Disappeared.

Frank Murray also appealed for information, underlining that no one who has come forward so far with information about the Disappeared has been prosecuted or arrested.

A total of seventeen victims disappeared between 1972 and 2003. Ten bodies have so far been recovered but the fate of the remaining seven bodies remains unclear.