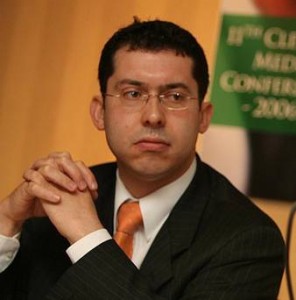 The controversial Protection of Life During Pregnancy bill, which for the first time in Irish history introduces direct abortion, has been sent to the President for his signature.

President Michael D. Higgins has a week to consider the proposed legislation. During that time he can sign it into law, or convene the Council of State to discuss whether the bill should be referred to the Supreme Court.

If referred, the Supreme Court has 60 days to decide if the bill infringes the constitution or not.

On Tuesday, the Seanad passed the Bill by 39 votes to 14. Ten Fianna Fáil Senators voted against it, and two Fine Gael Senators, Paul Bradford and Fidelma Healy-Eames defied the whip to oppose the measure. All Labour Senators voted in favour. Two Independent Senators:  Ronán Mullen and Mary Ann O’Brien, founder of the Jack and Jill Foundation, also voted No.

“It is a really sad moment for Ireland,” Senator Ronán Mullen told CatholicIreland.net afterwards.  “A terrible line has been crossed when we allow the direct killing of unborn life.”

Senator Mullen said he did not know how long it would take for abuses of the legislation to emerge.

“What will happen will depend on the vigilance of the medical profession,” he said, but now psychiatrists who are pro choice and feel abortion can be a treatment for suicidal ideation will “have the cover” of the law.

The Senator said that it was more important than ever now for people to “redouble the effort to reshape culture to restore respect for human life at all stages”.

“The softening up of attitude towards abortion made it possible for politicians to ram through this legislation,” he said, “but the good news is that the pro life movement is mobilising and growing with lots of clued in young people.”

He warned politicians to watch out for the “determined new pro life movement” who would be very “active in the next election and beyond”.

Senator Mullen described the politicians who defied the whip (the five Fine Gael TDs and two Senators) as “inspiring”.

“They have given real leadership. Undoubtedly the pro life movement feels a debt and duty to work for their political advancement.”

He called on the many people who call themselves pro life to “get involved”.

“It is not enough to be personally pro life.  We’ve got to use our networks and be involved in all the issues affecting human dignity.”

During the passage of the bill through the Seanad, Fianna Fáil senator, Jim Walsh, quoted an account by Dr Anthony Levantino of a typical abortion at 24 weeks.

Dr Levantino performed 1,200 abortions earlier in his career as an obstetrician. The account he gave was part of his submission to a US congressional committee in May 2013, and describes a baby being literally torn limb from limb from his mother’s womb.

Senator Jim Walsh concluded his speech with an appeal to his fellow senators “Follow your conscience and don’t abrogate it to anyone.”

Minister Eamon Gilmore criticised the language used but Senator Walsh defended his words saying he was disgusted that anybody would be asked to carry out an abortion by legislators.